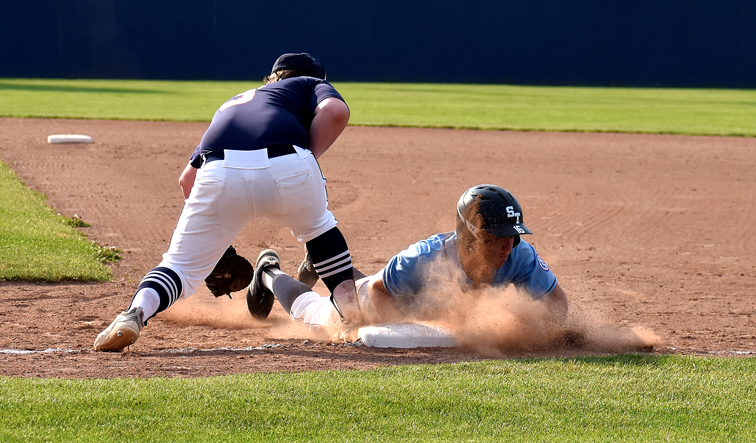 Southern Tier’s Lance Baldensperger dives safely back into first base during a 16-18 Travel Baseball game against the Northeast Twins on Wednesday evening at Diethrick Park. P-J photos by Jay Young

The Southern Tier Regulators had just six hits in a 12-1 loss to the Northeast Twins on Wednesday evening at Diethrick Park. 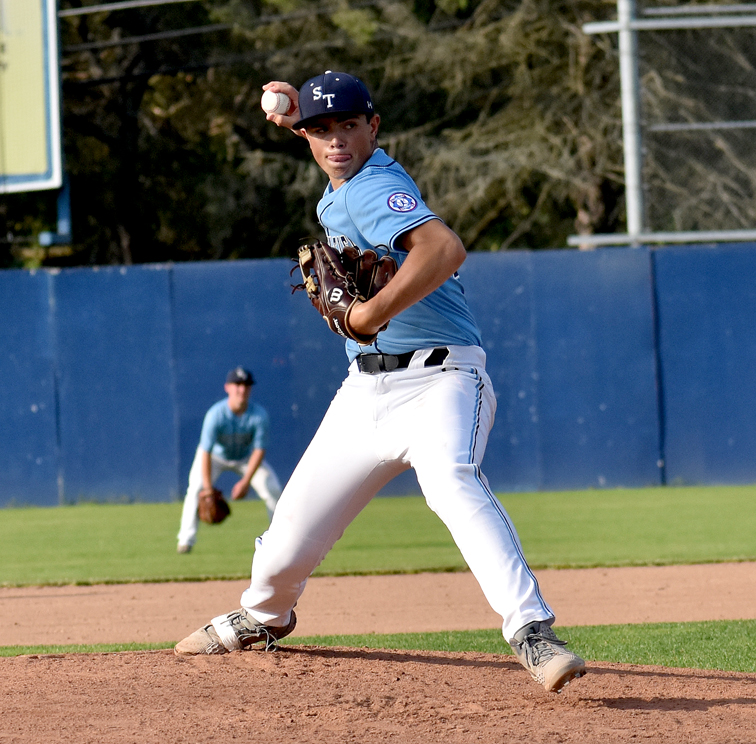 Southern Tier returns to action this weekend when they travel to Syracuse for the Babe Ruth Middle Atlantic Regional. The Regulators will open with a 4:30 p.m. Saturday game against Lackawanna, Pennsylvania.

The winner of the nine-team tournament will advance to the Babe Ruth World Series later this summer in Mobile, Alabama.