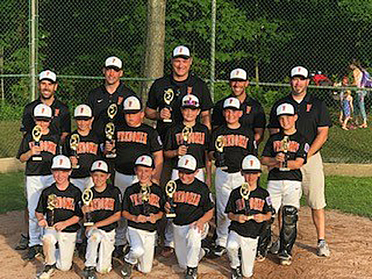 Rocco Muscarella pitched all four innings and recorded nine strikeouts on the afternoon.

Fredonia was held off the scoreboard in the first inning, but had an offensive explosion after that, scoring four runs in the second, four runs in the third and capping it off with the final two tallies in the bottom of the fourth.

Fredonia finished with a 5-2 record and won by an average score of 12-6 across all of their games.