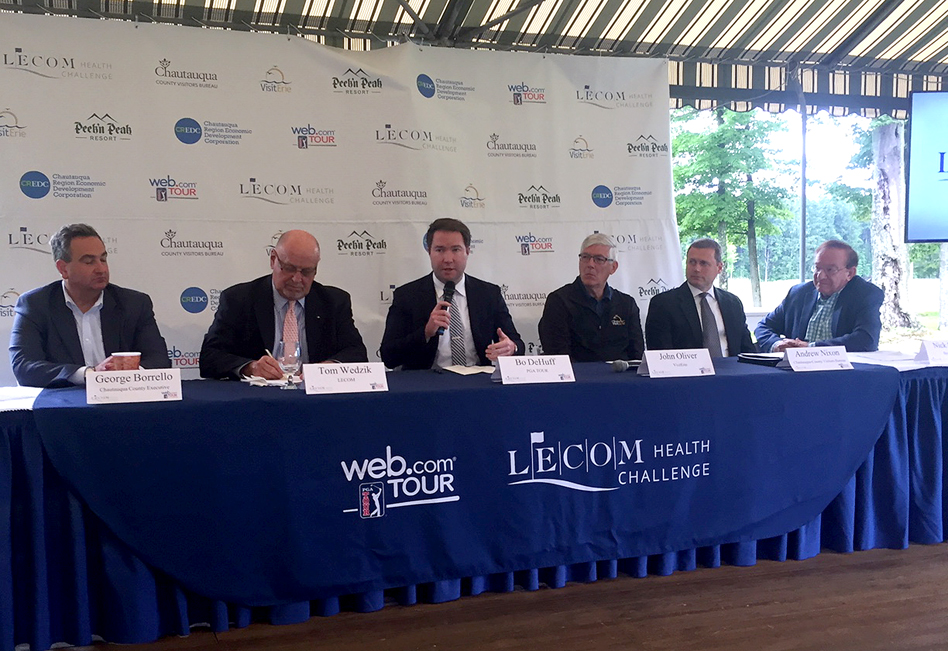 FINDLEY LAKE — A panel of event organizers and community leaders gathered at The Upper Course at Peek’n Peak Resort on Monday morning to discuss the return of the LECOM Health Challenge.

2019 marks the fourth and final year that the Lake Erie College of Osteopathic Medicine will serve as the title sponsor of the Web.com Tour event, which brings some of the best young golfers in the world to Western New York.

“It has been an incredible three years and we look forward to making this the best year yet,” Geise said. “We are very, very grateful to LECOM, we appreciate all you have done to bring world-class golf back to the Peak and making this tournament a venue that shines a spotlight on how remarkable this region is. Our search continues for a new title sponsor. This is the fourth year and the final year of LECOM sponsoring this tournament and we are actively looking for a new title sponsor.”

Geise would go on to explain some of the changes that have been made for this year’s tournament, which will be held from July 4-7. There will once again be a tournament qualifier, hosted by Shorewood Country Club of Dunkirk on Monday, July 1, as well as the DFT Communications Pro-Am on Tuesday. 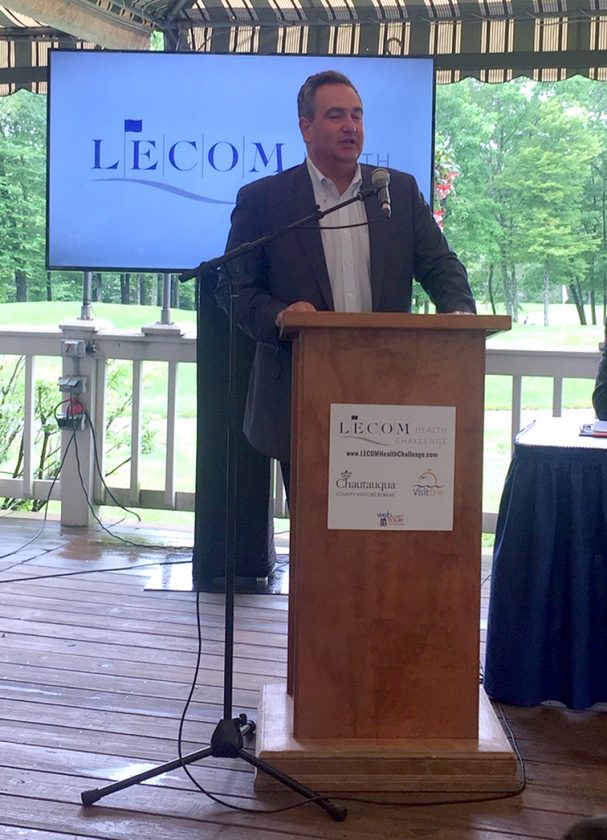 “We are excited to offer free general admission to the tournament for the first time in 2019 as we continue to explore ways to keep the weekend fresh and accessible for guests of all ages,” Geise said.

After opening remarks, Borrello, Oliver and Nixon each took some time to explain the importance of the tournament as a high-profile event that brings thousands of people to Western New York and Northwest Pennsylvania. Wedzik put the last four years of the event in perspective, as it has helped to grow and promote LECOM in addition to raising hundreds of thousands of dollars for area charities.

“LECOM is committed to emphasizing the importance of health and wellness and this tournament puts this message on a national and international stage,” Wedzik said.

In addition to 2019 offering free admission, Peek’n Peak will also be hosting a number of entertainment events throughout the weekend. On Friday there will be a free Caddyshack Party and fireworks display, in addition to live music on both Friday and Saturday.

“During the tournament week, Peek’n Peak will be hosting a variety of free family-friendly events to complement the LECOM Health Challenge,” Nick Scott Sr. said.

DeHuff closed the day’s press conference with some information regarding the caliber of players who have come to the links at Peek’n Peak over the last several years.

“Five of the last nine Fedex Cup Champions have Web.com tour roots,” DeHuff said. “Eight Players champions have come from the Web.com Tour and as of yesterday we now have 24 major champions who have come through the Web.com tour,” he added, speaking of U.S. Open champion Gary Woodland. Four of the players that fans were able to watch in 2018 have now gone one to claim PGA Tour wins, including Cameron Champ, Adam Long, Martin Trainer and Max Homa.

2018 also offered fans a look at the international scale of the Web.com Tour, with Argentinian Nelson Ledesma picking up his first career win after beating out Sebastian Munoz and Kyle Jones with a final score of 22-under par.

There are currently eight different countries represented in the top 25 tour standings.

“This global footprint continues the tour’s evolution as an international platform for the best players from around the world to chase their PGA Tour dream,” DeHuff said. “Many future Olympians are competing here on the Web.com Tour today and it is safe to say that we will have Olympians playing here at the Peek.”

NOTES: Members of the media and sponsors were able to play a round on the Upper Course on Monday. Northwest Arena manager Craig Hinderleider broke his 4-iron on his second shot at the par-5 fourth hole. The club head flew into the ravine and he still managed to putt for birdie.