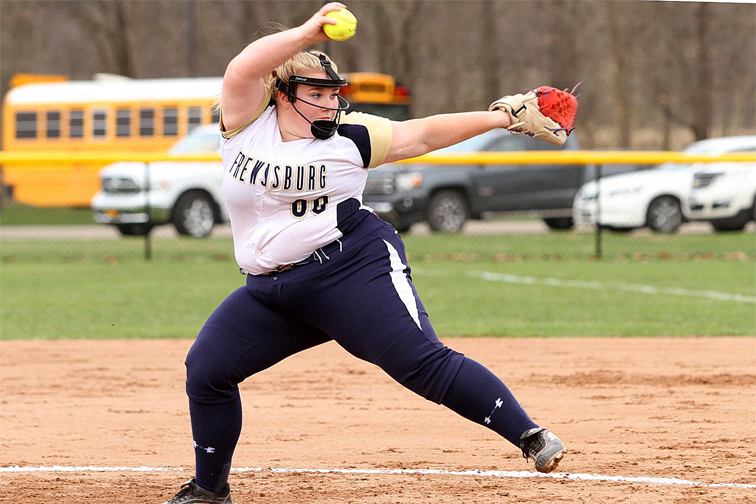 MaKena Adams was named the Player of the Year and the Pitcher of the Year by Chautauqua-Cattaraugus Athletic Association Division 2 East coaches this season.

Jon Blanchard has been the softball coach at Frewsburg for over 20 years.

He never remembers a player being named both the Player of the Year and the Pitcher of the Year on one of his league’s all-star teams.

Adams was joined on the league’s First Team by freshman teammate Elise Sposato.