Southwestern’s Mitch Pascarella safely slides into third base ahead of the tag of Maple Grove’s Cade Egan. 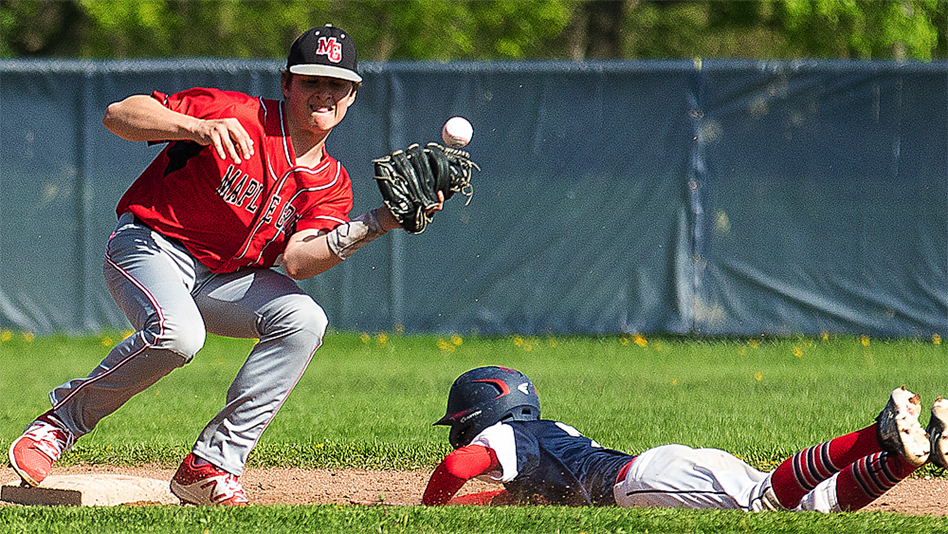 LAKEWOOD — Maple Grove did its best to try and battle back from an early three-run hole against host Southwestern in nonleague baseball action on Wednesday, but Mitch Pascarella had other ideas.

Giving his pitching arm a rest, the junior put his bat to work, driving a two-run home run down the left-field line in the bottom of the fourth inning to lift the Trojans to a 6-3 win at Packard Field.

Southwestern improves to 11-6 overall, remaining at 6-5 in CCAA Division 1 West play, while Maple Grove is now 8-3 overall and a perfect 7-0 in CCAA Division 2 West with the postseason on the horizon.

While it was Pascarella who led the offense, finishing 2 for 4, underclassmen Aidan Kennedy had the right stuff on the hill for the Trojans.

The freshman had his breaking ball working, fanning seven batters and issuing six walks through six innings before Jed Hirliman led the Trojans through the final three outs of the evening.

Southwestern’s Mitch Pascarella safely slides into third base ahead of the tag of Maple Grove's Cade Egan.

Kennedy’s fielding prowess was on display early with a slick double play in the top half of the third inning, as he grabbed a bunt out of mid-air for one out before dishing a feed to first base to pick off Taige Jones.

The Trojans turned two once again for the final two outs of the day.

“I was really happy with Kennedy,” said Southwestern head coach Jared Brown. “Even the pitches he was missing were really good pitches, I thought, in my opinion. He has been pitching great for us all year. I pulled him up in eighth grade. Being only a freshman right now he’s just going to get better and better.”

While Brown was happy to see his freshman hurler fight through all but three outs, the Red Dragons entered the afternoon hoping to get their pitching staff back into the swing of things.

Daren Vaillancourt, Jake Vaillancourt, Trevor Hudson and Tucker Fenton all split time on the hill as Maple Grove aimed to make up for time lost due to weather.

“We’ve got to get everybody some work. We’ve been dealing with a lot of rainouts,” said Maple Grove coach Ryan Lucas. “I have faith in any guy getting the ball here. That was the recipe that we wanted to go with today. Just get some guys pitching and they did good, all of them threw strikes.”

Southwestern wasted no time opening up a lead in the first inning, with Aden Froah laying down a chopper to the infield and beating out the throw to first to score Pascarella. After reaching base on an infield hit, Nate Johnson was able to later sprint home from third on a missed pickoff attempt at second base.

Maple Grove responded in the top of the second as Jake Vaillancourt walked, stole second and then took third on a wild pitch. Kyle Trim sent him home with an RBI double to make it 2-1 for Southwestern.

The Trojans added two more runs in the second, with Hirliman scoring on a passed ball while another one scored on Jack Brinkley’s fielder’s choice.

Maple Grove’s Ayden Reagle cracked a two-RBI single over shortstop in the fifth, but Kennedy was able to remain composed through that stretch while Johnson finished things off with a nice defensive flip at second base to end the inning.

Johnson finished the day 2 for 3.

“I feel like we are building every game. This is our fifth win in a row, so we’re continuing to get better each and every day. As long as we keep heading in that right direction I feel like we can play with anybody in the (Class) B-2s,” said Brown. “We’ve just got to cut down on the mental errors and make some plays for our pitchers, because we have a phenomenal pitching staff.” 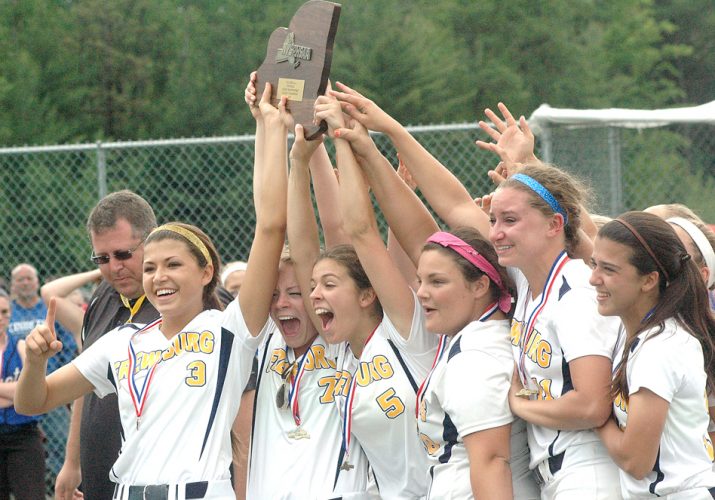