Dr. Rudy Mueller is pictured with his wife Diane after the Memorial Hermann in The Woodlands, Texas on April 27. Submitted photo

Dr. Rudy Mueller of Lakewood is pictured during the running portion of the Memorial Hermann in Woodlands, Texas. Submitted photo

Hundreds of participants are pictured near the swimming portion of the event. Submitted photo 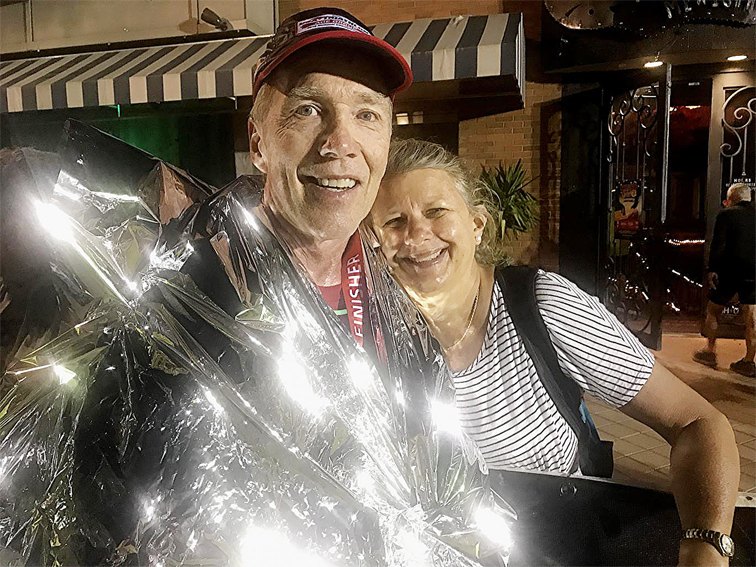 Dr. Rudy Mueller is pictured with his wife Diane after the Memorial Hermann in The Woodlands, Texas on April 27. Submitted photo

A Lakewood man spent much of his spare time this winter training for an Ironman triathlon. It paid off in a big way a little more than a week ago.

“I did an Ironman — the Michigan Titanium — about a year and half ago,” Mueller said. “I hurt my knee on mile 11 (of the run) and I pretty much had to walk the rest of it, so that was just under 17 hours (total). On this one, my knee was hurting on the bike, but I was able to run — not fast — but I did run. I was really happy I came in under 15 hours. (Finishing 30th) was pretty good for my age group. There were another 20 or so that didn’t finish.”

To prepare for the grueling event — temperatures in the Houston suburb were 85 degrees that day — Mueller trained primarily at the Turner Community Center in Chautauqua throughout the winter.

“You work yourself up,” he said. “The weather only broke a couple weeks before. I was able to bike around (Chautauqua Lake) a couple times and run outdoors.” 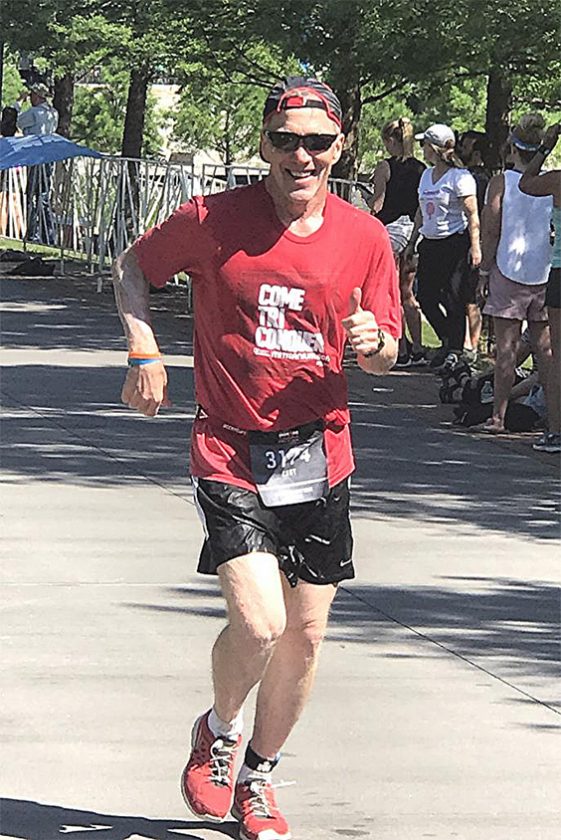 Dr. Rudy Mueller of Lakewood is pictured during the running portion of the Memorial Hermann in Woodlands, Texas. Submitted photo

Until then, Mueller ran on the treadmill as well as swam laps in the Turner Center pool, and did spinning at his Lakewood home. Like most triathletes, he found the swim to be the most grueling.

“There was over 2,000 people in the lake at the same time,” he said. “I was really worried that we’d be bumping into each other. I had heard horror stories about that, but people were really friendly. … It wasn’t a problem.”

The bike portion of the triathlon also presented its share of challenges.

“It was really hot. The wind felt great when it was at your back, but when you’re going into a head wind or when it hits you on the side, you can get really nervous on the bike,” he said. “There was no shade.”

Although the freeway Mueller was navigating was void of cars, he did see several crashes by his fellow cyclists, but he persevered, and was later buoyed by the support he and the other runners received on the third leg of the triathlon. 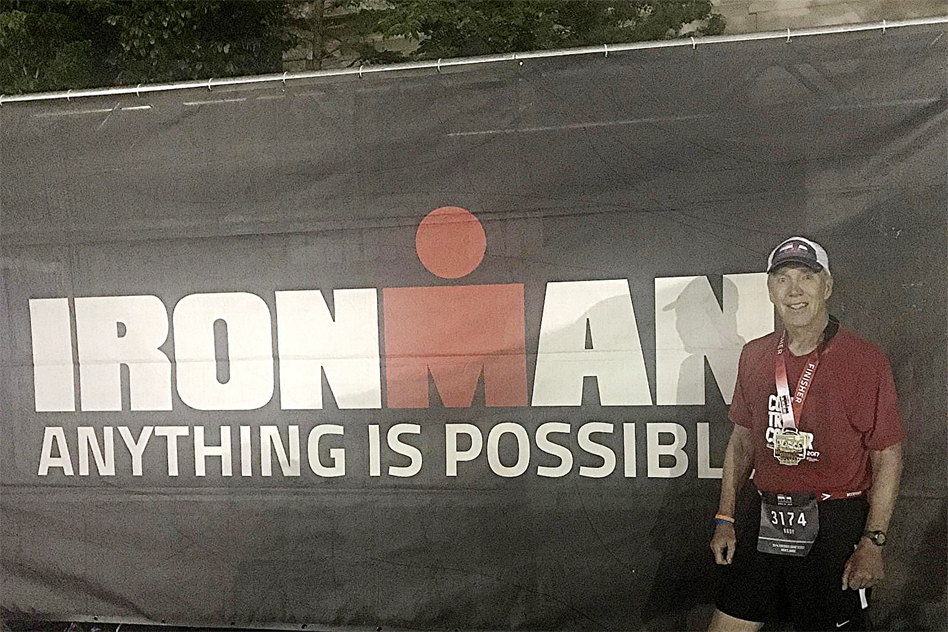 “I really had fun,” he said. “I drank a lot of Gatorade. I may stay away from Gatorade for a while.”

But Mueller, 62 and a physician at the Jamestown VA Outpatient Clinic on the city’s westside, is not inclined to call it an Ironman career just yet.

“The way to make it to Kona (Hawaii for the Ironman World Championship),” he said, “is you can win a lottery, which is slim and nil; you can win (a triathlon) in your age group, which I’m never going to do; or you can do 12 Ironmans.”

When asked if that was a “bucket-list” item, Mueller paused briefly before saying, ‘It could be. … I’ve got two under my belt.'”

To those people who are considering beginning a fitness program, but are a bit reluctant to take the plunge, the father of five adult children offered this advice: 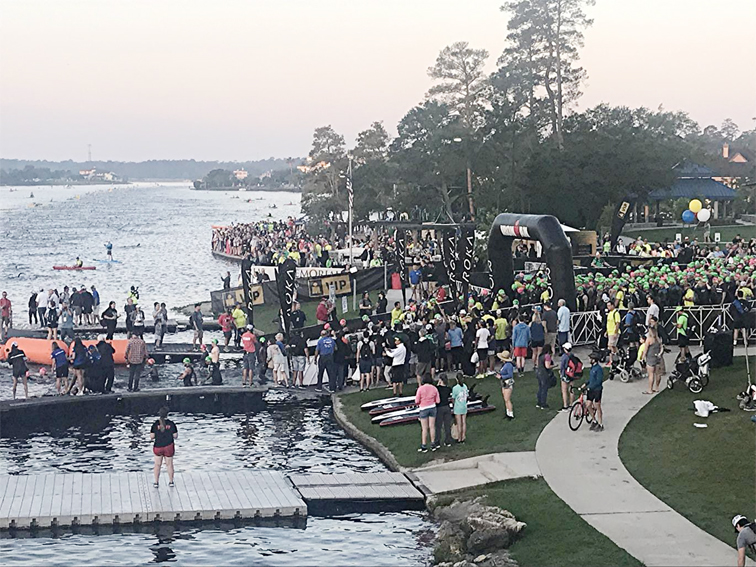 Hundreds of participants are pictured near the swimming portion of the event. Submitted photo

“Just start,” he said. “I promise you you’ll feel better. … Every time I would swim in the pool, the rest of the my day I would feel better. It’s a great experience.”