Falconer/Cassadaga Valley’s Collin Barmore leads the way to the finish line in the boys 1,600 meters on Saturday at Olean Middle School. P-J photo by Tim Frank 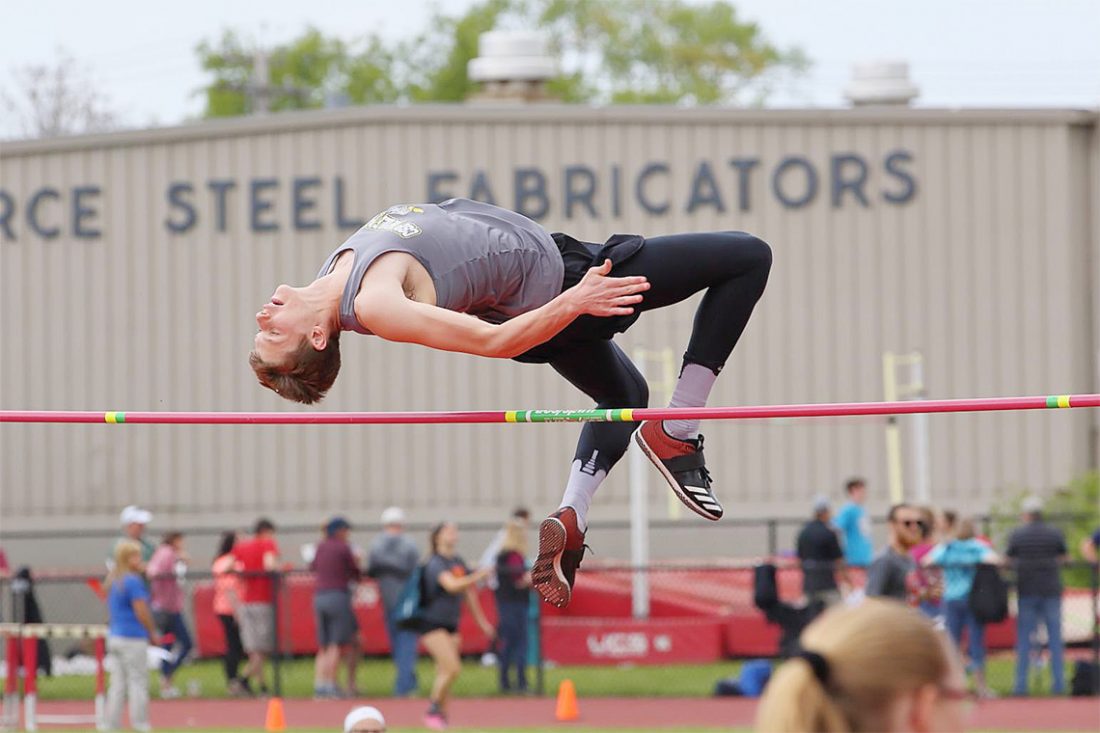 Southwestern’s Dagon Bryant won the 3,000-meter steeplechase by more than 40 seconds and teammate Chase Stevenson captured the pole vault by 6 inches as the Trojans won their third straight Division 1 title with 187 points. 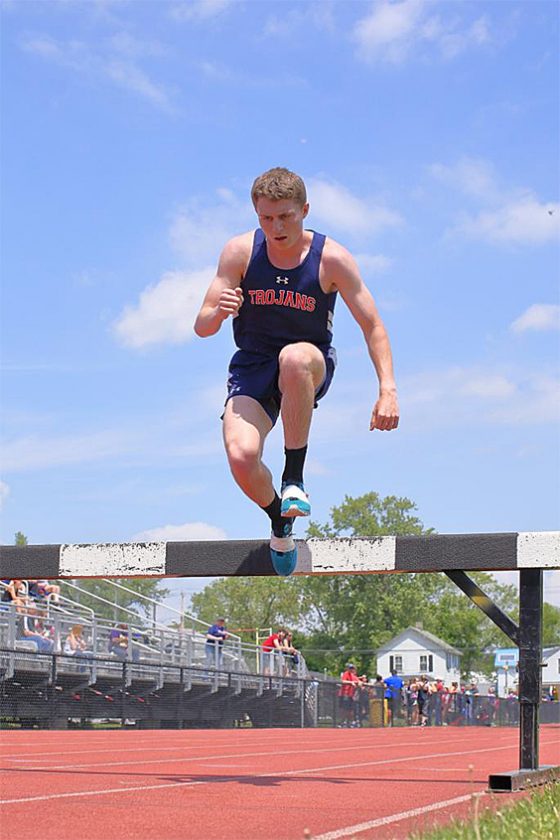 The Golden Cougars had four individual champions and won two of the three relays to finish with 151 points.

Crist and Darius Jones led the Red Dragons’ effort with Crist taking second in the high jump and long jump while Jones was the runner-up in the pole vault and third in the 110-meter hurdles. Riley Auer was also third for Maple Grove in the 400 meters as was Caleb Foley in the triple jump. 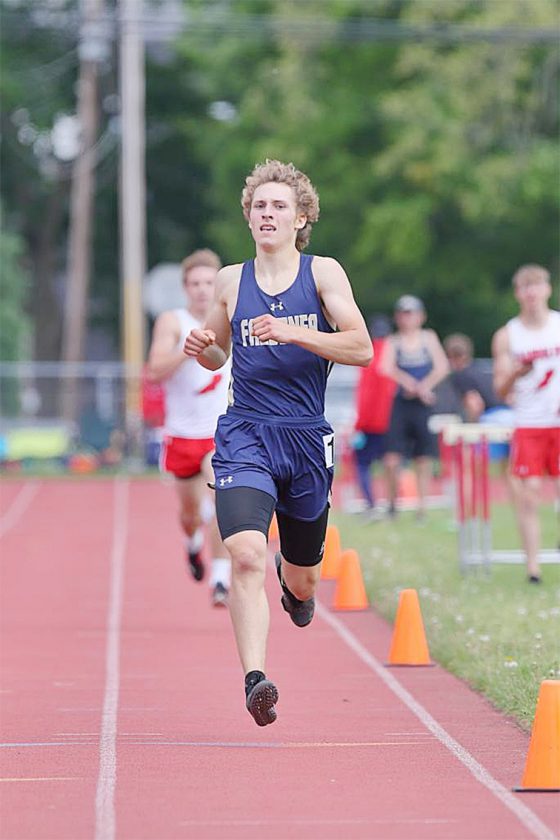 Falconer/Cassadaga Valley’s Collin Barmore leads the way to the finish line in the boys 1,600 meters on Saturday at Olean Middle School. P-J photo by Tim Frank

Allegany-Limestone easily won the Division 2 title with 223 points. Liam Coulter and Michael Wolfgang finished 1-2, respectively, in both the 110-meter hurdles and 400-meter hurdles while Gators teammate, Patrick Walsh, won the discus and was second in the shot put.

Portville was second in Division 2 with 108 points, led by Alex Wenke’s win in the triple jump with a leap of 40 feet, 5.25 inches.

Clymer/Sherman/Panama’s John Swabik claimed the long jump with a leap of 20 feet, 3.25 inches and Gowanda’s Andrew Musacchio captured the shot put with a heave of 49 feet, 8 inches, while Dunkirk took first place in the 400-meter relay (45.66).

The top athletes will now prepare for next weekend’s Section VI Track & Field State Qualifier, which will be held Friday and Saturday at Williamsville South High School. 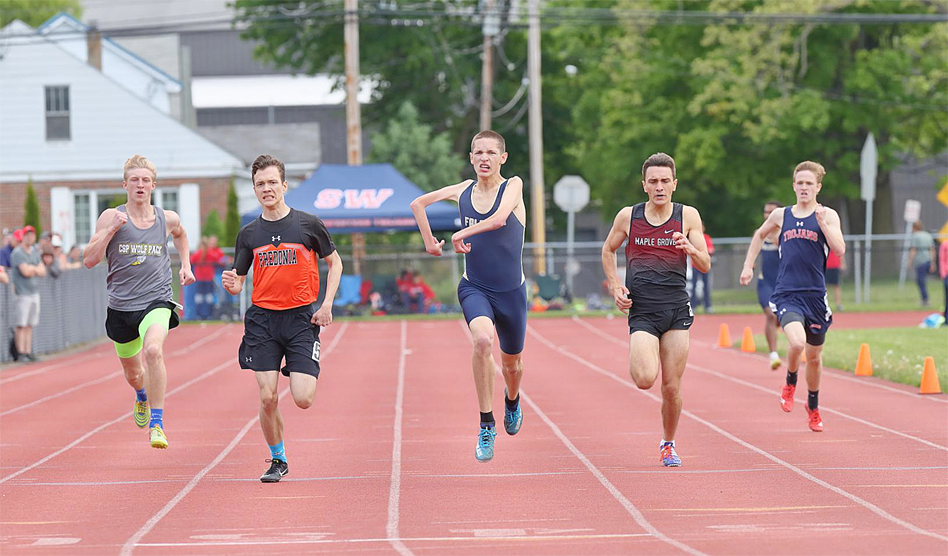 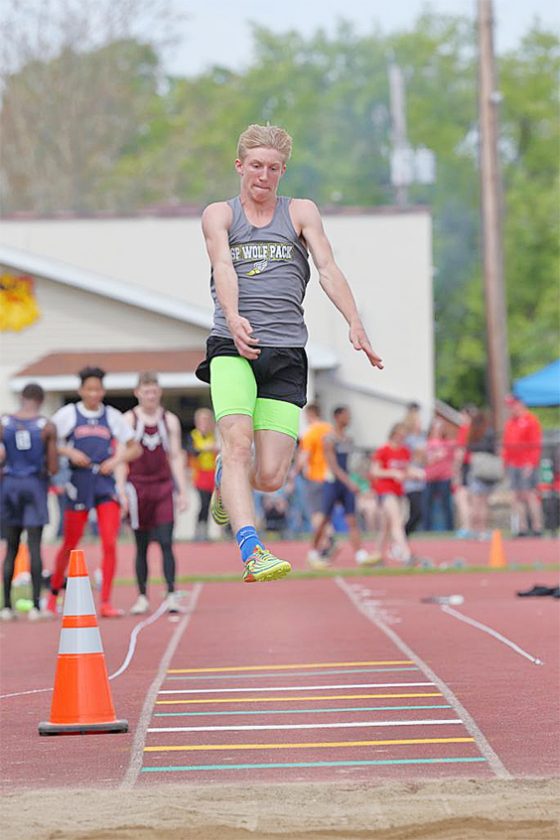