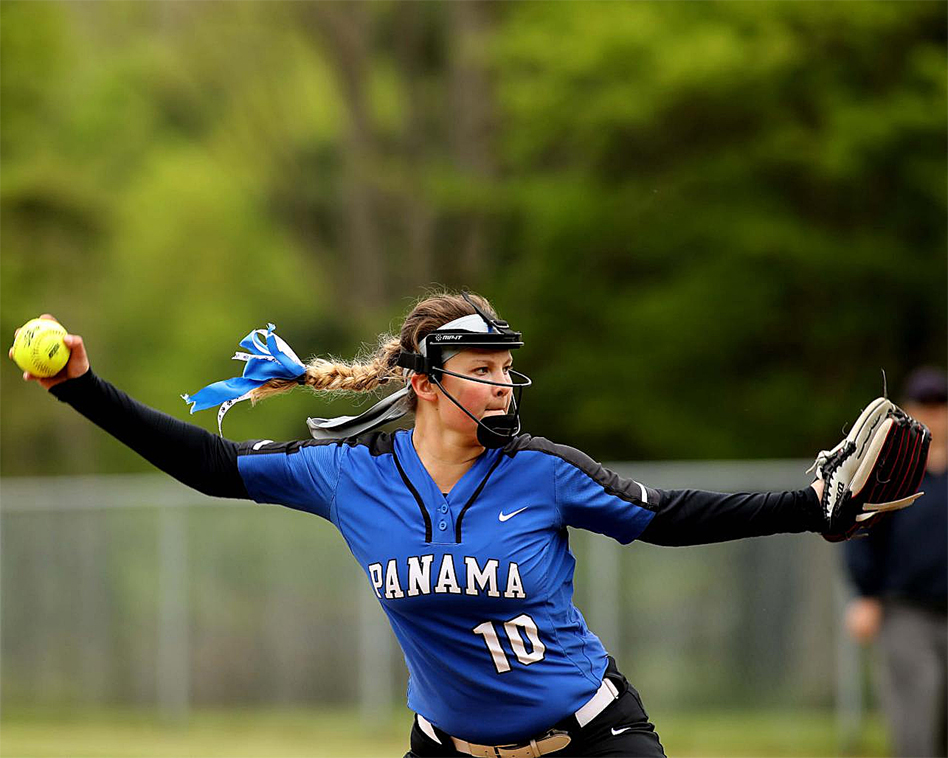 Sophomore Ashlyn Harvey followed with arguably the biggest hit of the season for the Panthers.

Johnson hit a two-run triple and Harvey hit a long two-run home run in the bottom of the fifth inning as Panama handed Maple Grove its first league loss of the season, 10-2, in Chautauqua-Cattaraugus Athletic Association Division 2 West action Friday.

The victory keeps alive the Panthers’ slim hopes to share the league title with the Red Dragons. If Panama (9-2, 9-2) beats Brocton this morning and Maple Grove (14-3, 10-1) loses at Forestville, the teams will finish with matching 10-2 league marks.

“This is huge. We’ve been playing so well and as a team,” Panama coach Tammy Hosier said. “Just to come out and hit the ball like we hit the ball … to have everybody in it was huge.” 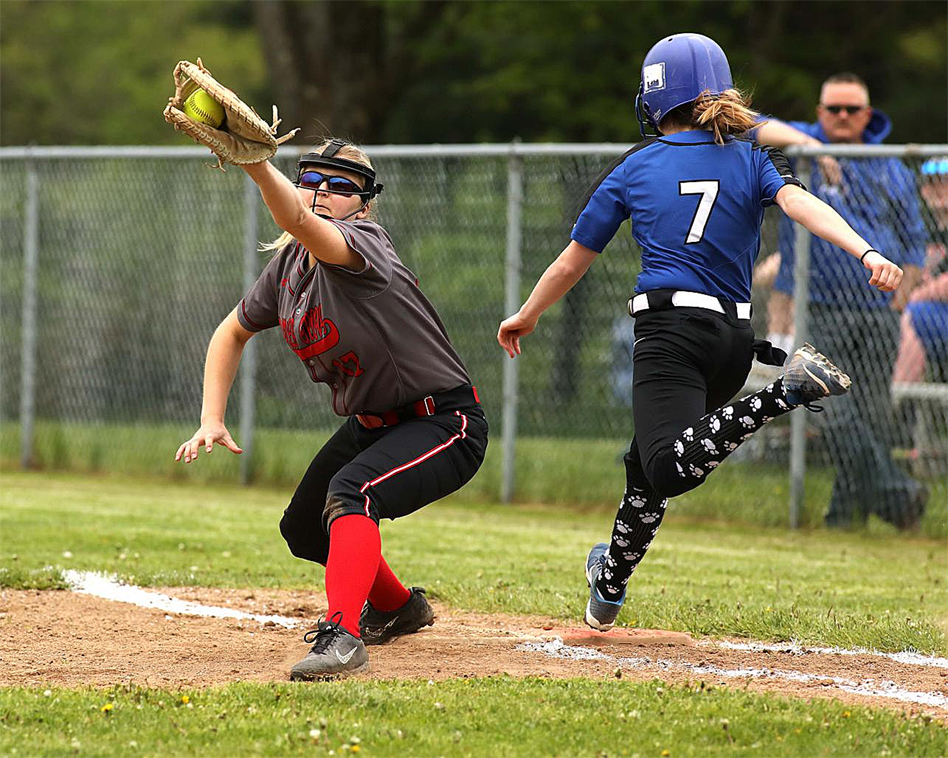 “It’s only big in the sense that I want my seniors to have success,” Maple Grove coach Rebecca Zimmerman said of the outright league title. “We’re looking at the bigger picture. … We’re looking toward playoffs next week.”

The teams were tied 1-1 in the top of the fourth inning when rain interrupted their matchup May 9. Panama, the state’s No. 8 team in Class D, according to the New York State Sportswriters Association, struck first when play resumed Friday. Ava Morton led off the bottom of the fifth with an infield single, went to second on a wild pitch and advanced to third on a passed ball.

With one out, Jessica Mistretta grounded out to second, which scored Morton from third.

Marra Hovey continued the inning with a single and Abi Lisciandro reached on an error before Johnson hit her two-run triple to center field. On the next pitch, Harvey unloaded with a two-run home run to deep left-center field that made it 6-1 and ended the afternoon for Maple Grove ace Lynne Nordin. Natalie Angeletti then walked and scored on three wild pitches.

“The whole morale … they were jumping up and down. … That just set the whole tone,” Hosier said of the back-to-back run-scoring blasts. “It’s really good for the team to have so many different people involved in a victory.” 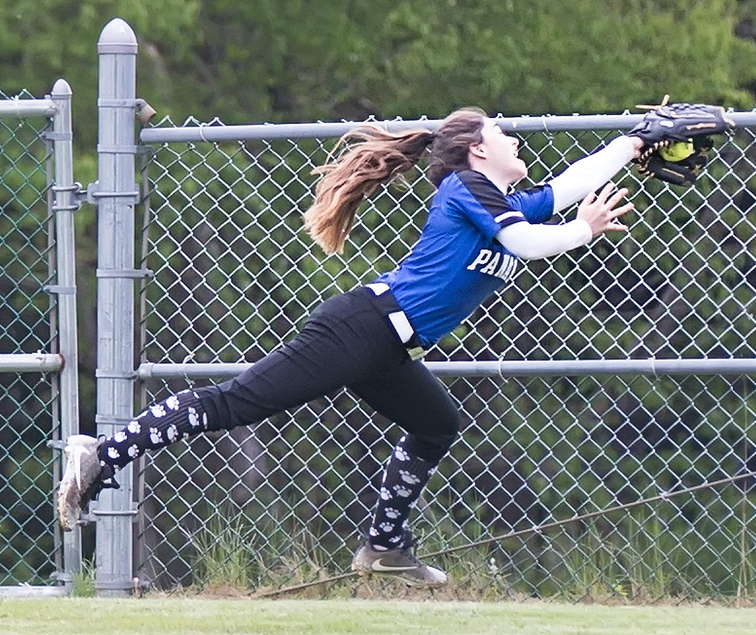 The 7-1 lead was plenty for Harvey, who finished off a complete-game five-hitter with six strikeouts while walking just one batter.

She was helped by her defense, Mistretta in particular, who went deep into the right-center field gap for a diving catch to rob Tessa Warner of extra bases and end the top of the sixth inning.

After Panama tacked on three more runs in the bottom of the sixth inning, Harvey took care of things herself in the top of the seventh with a strikeout and a pair of outs on comebackers to the circle.

“She’s become such a team player. She works so hard throughout the season fine tuning everything,” Hosier said. “Her pitches are just working. … She’s bringing the team together. That’s huge in itself.”

NOTES: Harvey also homered in the second inning back on May 9 and finished 2 for 4 with three RBIs. … Morton was 2 for 3 with a stolen base. … Nordin allowed seven hits and struck out six for the Red Dragons. … Elise Swanson homered and Lauren Grissom was 2 for 3 with two stolen bases for Maple Grove. … The Red Dragons entered play Friday as the No. 10 team in Class C, according to the NYSSWA.