Amid UB?Coaching Change, Rojas Plans To Reopen His Recruitment 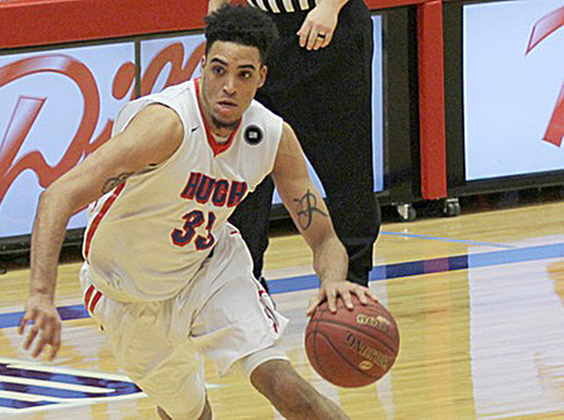 James Rojas announced last fall that he would be heading to the University at Buffalo in 2019-20 to continue his academic and basketball career.

But, according to JucoRecruiting.com, the former Jamestown High School and Hutchinson (Kansas) Community College star has requested his release from the Bulls and “will reopen his recruitment following the coaching change at UB.”

The announcement, which came Friday, caps an eventful couple weeks for the Bulls’ program. It began with its fourth Mid-American Conference Tournament championship in five years; another berth in the NCAA Tournament; a first-round win over Arizona State; and a second-round loss to Texas Tech, which plays in the national semifinal today.

On the heels of that setback, UB coach Nate Oats was interviewed, and accepted, the vacant head coaching job at the University of Alabama. Meanwhile, Jamestown’s Bryan Hodgson, Oats’ assistant and recruiting coordinator at UB, will reportedly be headed to the Tuscaloosa campus as well, barring him being named the Bulls’ new coach.

Meanwhile, Rojas, one of four players who have reportedly asked for their release from UB, is coming off a sophomore season at Hutchinson CC (28-6) where he averaged 19 points and 6.8 rebounds per game, while shooting 50 percent from the floor, including 38 percent from the arc.

As a senior at JHS, the 6-foot-8 Rojas averaged 27.2 points, 10.9 rebounds, 3.3 assists, 2.6 steals and 2.3 blocks per game for Coach Ben Drake. Rojas was also named the Erie County Interscholastic Conference Division 1 Player of the Year; and a first-team All-ECIC choice, a selection that took into account all players in the conference’s four divisions. That was followed by his selection as The Post-Journal’s Player of the Year for the second straight season; a first-team All-Western New York choice; and a fifth-team all-state honoree. He was named third-team all-state following the 2015-16 season.