Franchise Will Return To Diethrick Park Next Summer 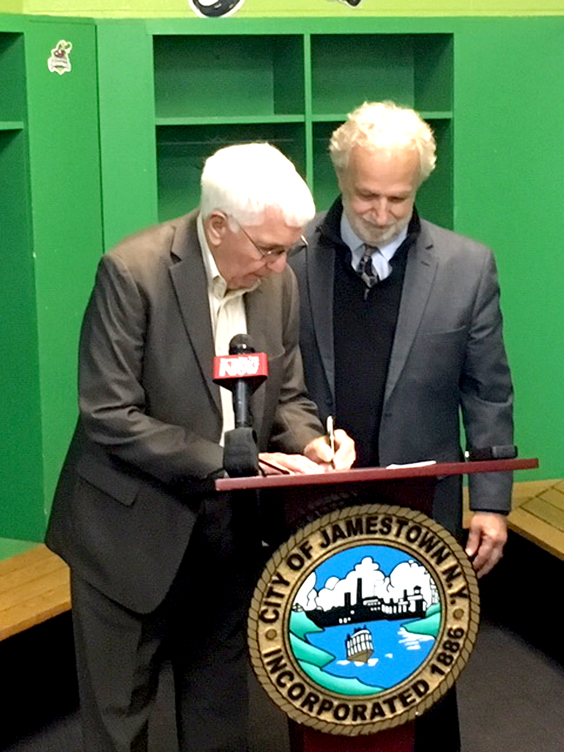 The home clubhouse at Diethrick Park on Jamestown’s eastside was a popular place Monday afternoon as baseball fans, city officials and media filled the room for an announcement six months in the making.

The essence of the gathering was simple: The Jamestown Jammers will be back in 2020.

Thanks to a group of enthusiasts of America’s pastime and community advocates, an alliance has been formed to keep premium-level baseball in Jamestown, this time under local ownership known as Jamestown Community Baseball LLC.

Russell E. Diethrick Jr., president of its board of directors, signed the asset purchase agreement, an act that transferred the Jammers’ franchise to the JCB LLC in anticipation of returning to the Perfect Game Collegiate Baseball League next season. Approval for the transaction was granted by both the PGCBL last week and the City of Jamestown at its council meeting Monday night.

“The future is now,” said JCB LLC board member Greg Peterson. “We can say that with a sense of pride. “ … This is historic in the sense that it’s really been the first time since, really, in the early 1960s that this baseball (team) is community owned.” 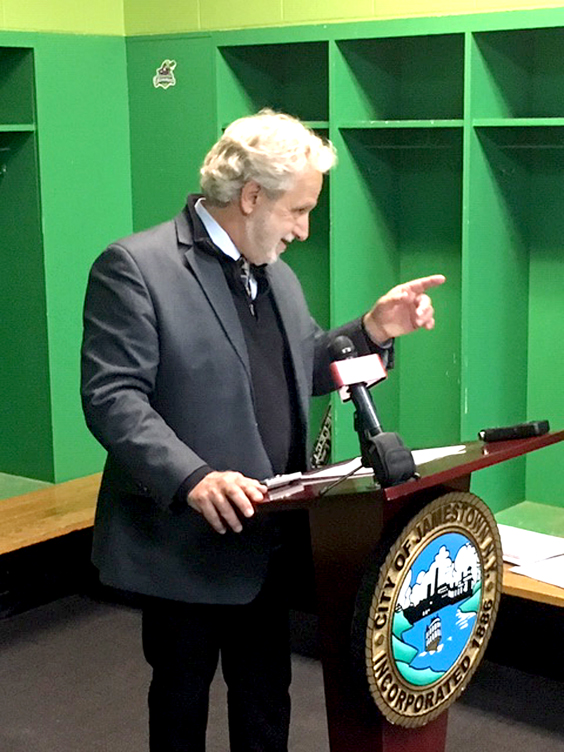 JCB LLC is a membership organization operating under a subscription-based model. The seven-member board of directors already has a number of investors, who are pledging their support for the future of baseball in Jamestown.

The PGCBL champions in 2018, the Jammers announced in October that they would cease operation for 2019, but ROC Ventures — the now-former owner — agreed to donate the team and its assets to the local non-profit group.

“The Jammers may be going dark for one season,” Jamestown Mayor Sam Teresi said, “but there’s a lot of life in this ballpark.”

In addition to assuming the existing lease and securing a five-year extension to play at the ballpark, the JCB LLC directors have also established meaningful partnerships with local and national organizations to ensure the team’s success, both on and off the field.

One of those partners is Dr. George Carlo, a Jamestown native and the Secrets of Champions Foundation president. The foundation has agreed to provide the on-the-field coaching and baseball administration next year. The manager for the 2020 team will be Jamestown native Jordan Basile, who is currently the head coach at Patrick Henry Community College in Martinsville, Virginia.

“Our plan is to establish the Jamestown Jammers not only as a competitive team, but as a player development summer destination for rising college players,” Carlo said in a press release. “We will focus on improving not only baseball skills, but also mental skills, physical training, tools for energy management, nutrition, sleep, (and) repair and recovery. In short, those things that players will need to succeed at the professional level. Our recruiting of players from across the country to the Jammers will be based on that.”

Carlo, a former performance coach with the Detroit Tigers, added during the press conference that many of the players he worked with and who are now college coaches have Jamestown on their radar already.

“When I mentioned we’re going to have this program, they immediately said, ‘We’ll send our best,'” Carlo said.

Carlo also noted that even though there won’t be collegiate baseball at Diethrick Park this summer, plans are in the works for summer camps at the ballpark. And while those opportunities are more than three months away, Diethrick summed up the afternoon best when he offered a simple statement. 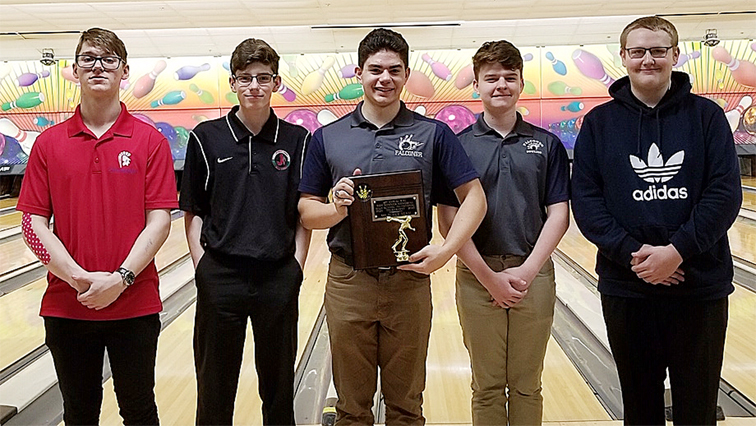