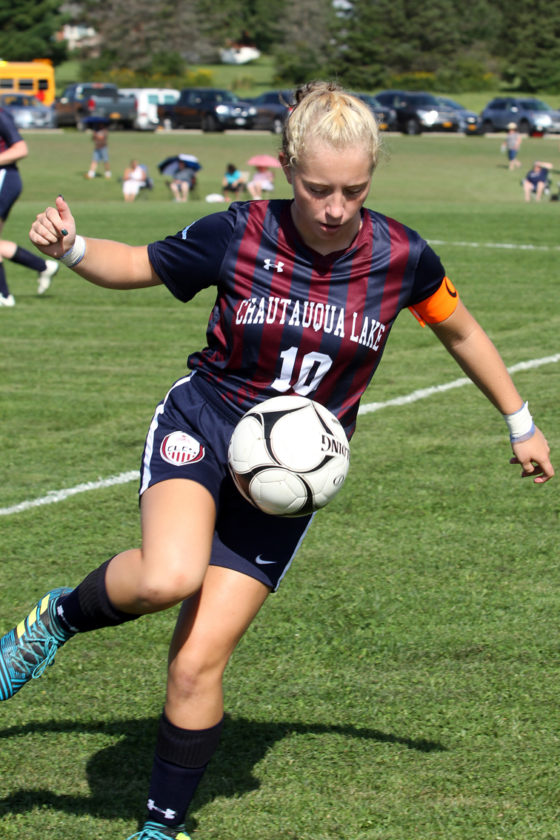 FREDONIA — Frewsburg picked up the first varsity win for head coach Scott Stone with a 3-1 win non-league win over Fredonia.

The Bears’ Kendal Sohl opened the scoring with a goal from Rachel Annis in the 16th minute before the Hillbillies’ Emma Willebrandt tied the game off a rebound from a Laural Erick shot in the 20th minute.

The teams went into halftime tied 1-1 before Alexandra Hultberg scored the eventual game winner for Frewsburg (1-1) on a free kick from 35 yards out in the 67th minute.

Three minutes later, Gabby Iuculano dribbled down the right side of the field before sending a cross into the Fredonia (1-2) box. Nora Edwards settled the pass and scored on a volley to make it 3-1.

Alyssa Lobb earned the win in net with seven saves for the Bears.

Juli Smith scored the lone goal from Maddy Brogan in the 24th minute of the second half.

RANDOLPH — Natalie Barrus assisted on both goals for Randolph in a 2-2 non-league tie with Jamestown.

No stats were available for the Red Raiders.