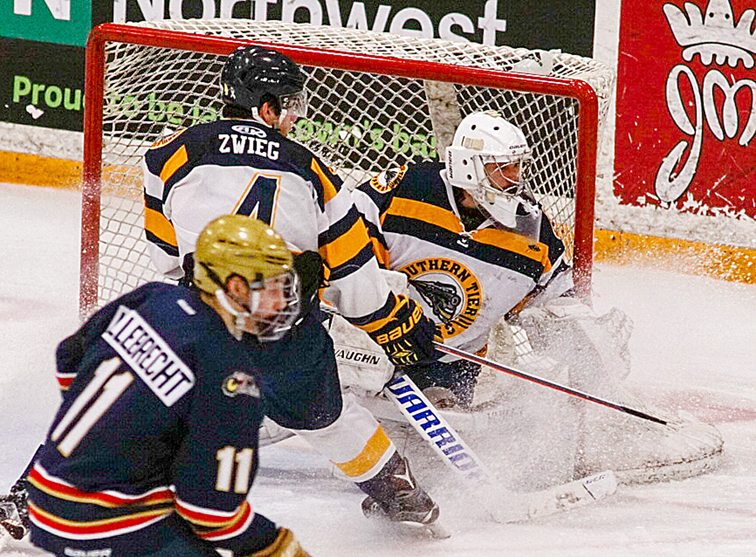 Ryan Pascarella was brilliant in the net as the Southern Tier Xpress blanked the Wooster Oilers, 2-0, to tie up the weekend series at 1-1 in the North American Tier II Hockey League at the Northwest Arena.

The game was scoreless heading into the third stanza as Mike Hubbard of the Oilers matched Pascarella’s brilliance in net.

Finally, the tie was broken at 5:38 when Stuart Pearson converted a pass from Tristan Mock for the first goal and his 24th goal of the season.

Just nine seconds later, Hunter Kepple recorded his 14th of the year from newcomer Christian Juliana for a 2-0 lead for the Xpress.

The teams play the rubber match at 2 this afternoon at the Northwest Arena.