With the Perfect Game Collegiate Baseball League playoffs on the horizon, it looks as if the Jamestown Jammers may be finding their stride once again.

Tuesday night, Jamestown pounded out 15 hits and scored in every inning but the second en route to a convincing 14-3 win over the Newark Pilots in front of a crowd of 723 at Diethrick Park.

The win improved the Jammers’ overall record to 31-13 and reduced the team’s magic number to lock up the West Division to just one.

Keyed by a two-run single from Jimmy Standohar (Mercyhurst University), the Jammers plated three runs in the first and never looked back as they cruised to their third consecutive win.

“That’s what we did early in the year,” Jammers head coach Anthony Barone said in regard to the big first inning. “We’re starting to do that again and we had a couple of (other) big innings. It’s nice though, (Newark) scored first and then we just answered back. And that’s what you do as a winning team.” 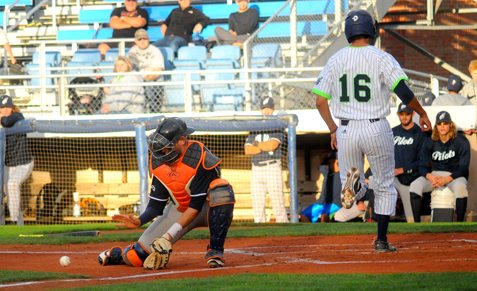 The outfielder out of Canisius College raised his batting average to .364, which is good for sixth in the whole PGCBL.

“I would say just really working on at the beginning of the summer getting my mechanics down and everything,” Conti explained when asked about what’s been working so well for him offensively. “And then having a good feel at the plate. … Being able to (combine) that with having a good approach, really looking for the pitches in the zone to hit, I’ve been able to do that pretty well. Today I was able to drive the ball a little bit.”

Conti’s stellar play of late has certainly caught the eye of his coach as well.

“John’s been awesome this last month or so,” Barone stressed. “At the beginning of the year, he was more of a role guy and had a platoon situation (in the outfield). He earned it and he’s been dynamite this past month. And you feel good for him too, because he’s such a good kid and plays so hard. He deserves everything he’s getting right now. … He’s reaping all the benefits.” 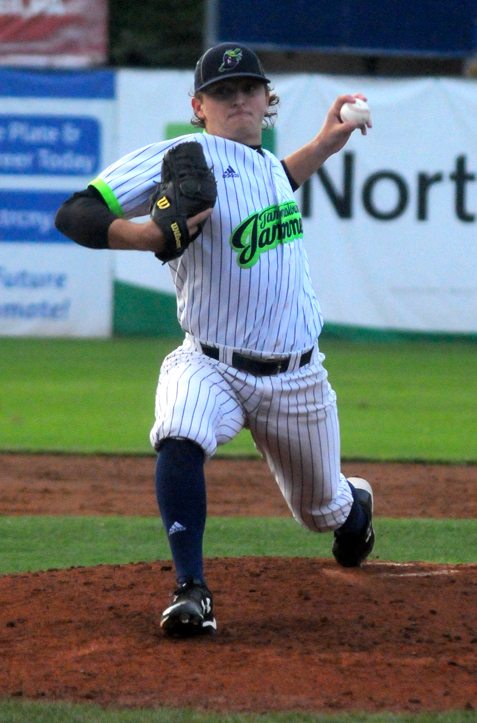 On the mound, 2017 PGCBL All-Star David Lyskawa (Niagara County CC) improved 5-1 after he worked five-plus solid innings. The left-hander surrendered six hits and only gave up two runs while striking out eight. He currently leads the league in strikeouts with 53.

Ryan Boyer (Pitt-Bradford) pitched two scoreless innings out of the bullpen before Connor Ryan (Mercyhurst) tossed the final two frames and gave up one run.

Jamestown is off today, but will be back in action Thursday at Diethrick Park against the Elmira Pioneers. First pitch is scheduled for 7:05 p.m. 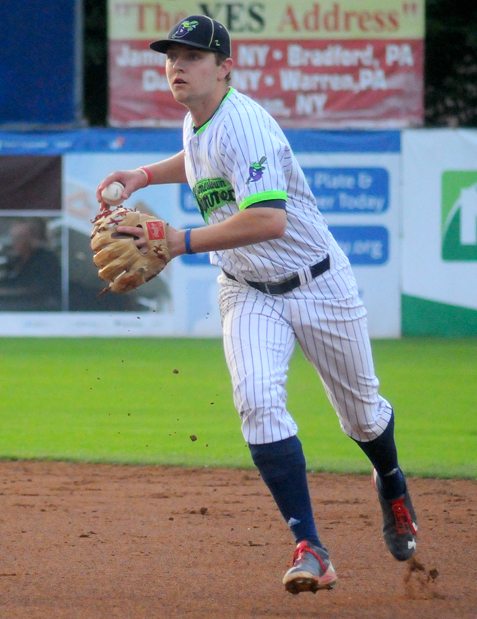 The Jammers may be rolling toward the postseason, but Barone thinks it’s critical for his team to remain sharp heading down the final stretch of the regular season.

“It’s really important,” he emphasized. “You want to still have that killer instinct at the end of the year, whether you’ve clinched or not because you’ve got to take that into the playoffs. We’re not going to give anything away even if we clinch (the division). We’re going to still play as hard as we can and every game we’re just trying to win.”

NOTES: Hunter Wells had three hits while both Mark McKenna and Zach Santoro added two hits each for Newark.