Let’s Work Together And Keep The Water Chesnut At Bay 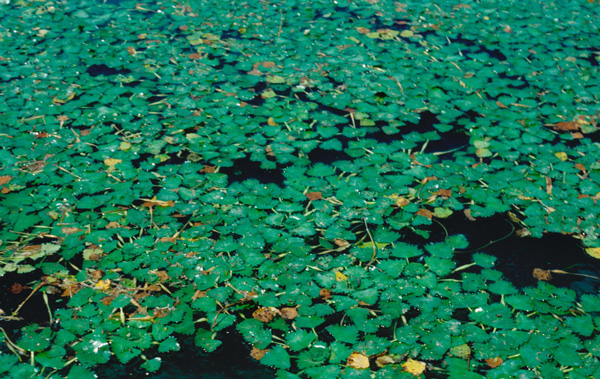 Much of the focus on Chautauqua Lake tends to focus on invasive weeds and harmful algal blooms.

The water chestnut — which is different than the water chestnut used in Chinese food — is native to Europe, Asia and Africa, according to the state Department of Environmental Conservation. In its native habitat, the plant is kept in check by native insect parasites, but those insects are not present in North America and the plant, once released into the wild, is free to reproduce rapidly. It colonizes areas of freshwater lakes and ponds and slow-moving streams and rivers where it forms dense mats of floating vegetation, causing problems for boaters and swimmers and negatively impacting aquatic ecosystem functioning.

The Audubon Community Nature Center has been working for several years to eradicate the water chestnut from its Big Pond. Such an effort on Chautauqua Lake could literally take decades.

Lake and watershed users should remain vigilant for water chestnut and report its location to to the Roger Tory Peterson Institute at 665-2473 or WNY PRISM at 878-4708. Boaters should do all they can to make sure their boat is clean before entering the Chautauqua Lake watershed.

We’ve thus far held the water chestnut at bay. With a collective effort, we can keep it that way.

Typically, complaints about three-men-in-a-room government in Albany focuses on the state budget. Last week, the ...

Senators Owe A Full And Formal Trial To The American People

With the ball in the U.S. Senate’s court regarding an impeachment trial for President Donald Trump, a rather ...

A Decision About The Annexation Should Not Be Made In January

There are some who want to proceed this month with a City Council vote to move forward with annexation of the ...

State Officials Have Run Up An Expensive Tab With Medicaid

Gov. Andrew Cuomo was full of baloney last week when he laid the blame for the state’s $4 billion Medicaid ...