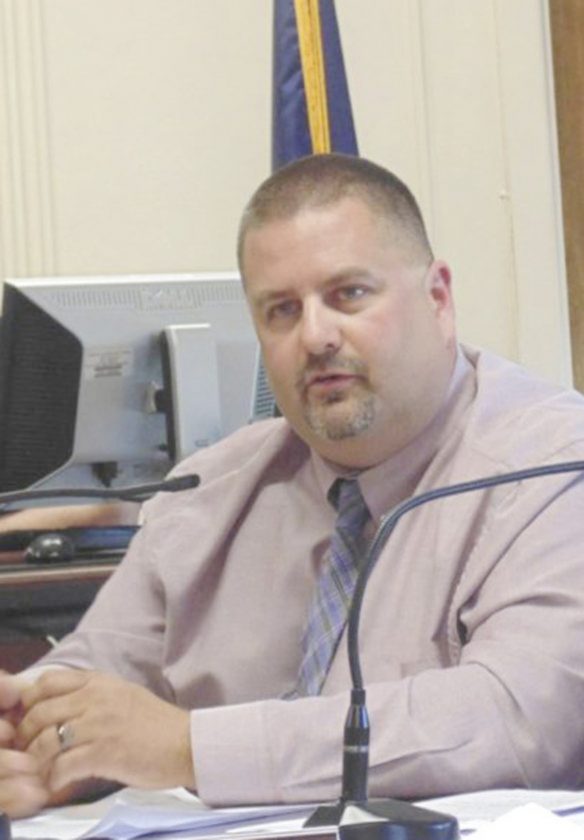 Dunkirk Councilman Don Williams Jr., who serves as first vice chair of the county Democrats, is not doing his party any favors. P-J file photo

Chautauqua County’s Democrats are in shambles. With five significant regional races taking place in this November’s election, the party appears to have no direction.

It is without a consistent message, voice or face. It appears to be a lost cause.

Norman Green, county party chairman, is the one taking the most heat for the current debacle on the inside and outside. But there is plenty more blame to go around.

Without question, one of the strongest and well-known Democrats in this region is Dunkirk Mayor Wilfred Rosas. He is a statewide figure — from Buffalo to Albany to New York City.

Come to the north county city on Lake Erie, however, and you will find lots of infighting and a lack of respect for his position. Common Council has a Republican majority and is doing everything it can to discredit any of the achievements made during Rosas’ first four years.

Unsurprisingly to this corner is that First Ward Councilman Don Williams Jr. has been a key contributor to his own party’s demise. Williams, who also serves as first vice chair of the county Democratic Committee, has played the role of Republican in the area he represents for more than a year now.

During last year’s city mayoral race, Williams — an endorsed Democrat — was stabbing the party he helps oversee in the back while supporting Shaun Heenan’s candidacy against Rosas. Since January, after being re-elected, Williams has continued following the lead of the political group symbolized by the elephant. He is savoring his position as being the super-majority vote that overrides any mayoral veto while continually backing resolutions and actions put forward by GOP council members James Stoyle Jr. and Nancy Nichols. Some of those actions include the dismissal of employees he approved two years ago.

Certainly, Williams has every right to side with the opposing party. But it cannot be forgotten: he is the first vice chair of the county Democratic committee.

Green finally let loose late last month on social media. “Three elected on the Republican line are joined and supported by Democrat Councilman Don Williams to provide a super majority in their joint campaign to destroy all the good accomplishments of Dunkirk Mayor Willie Rosas,” Green stated on Facebook. “It’s awful that Don Williams … is being such a pawn.”

Many of those insiders from the left here, however, do not seem the slightest bit concerned with Williams’ damaging actions. It may be one of the reasons the party has lost its clout in the last decade.

Gone are the days of Assemblyman Bill Parment who was a voice of reason at home and in Albany. Mark Thomas also was well respected across the state in his role here as county executive for eight years. It was during his tenure that the high cost of Medicaid to this county from New York state became a significant issue.

In those times, at least, the Democrats wielded some power.

Today, with Williams second in command, they seem content with defeat. That does not help morale or momentum.

Registration figures prove that. In 2019, Chautauqua County had 26,304 Republican-enrolled voters. Democratic members have been on the decline, falling to 24,791. Only two years before did the parties have the same amount of registered voters at 26,057.

Adding to the woes has been the pandemic. In a year where appointed Republican County Executive PJ Wendel may have been vulnerable, his overall leadership here during COVID-19 has received favorable ratings. Lesser- known challenger Richard Morrisroe, Dunkirk city attorney, is knowledgeable and experienced in politics but has little name recognition.

Races for the Senate and Assembly seem to be givens, as strongly backed GOP incumbents George Borrello and Andrew Goodell are in cruise control when compared to fairly unknown challengers Frank Puglisi and Christina Cardinale. The contest for Congressional District 23 is once again incumbent Tom Reed going against Tracy Mitrano. Mitrano hopes Reed’s backing of Trump plays in her favor. That’s unlikely in many rural counties.

Only incumbent Patrick Swanson holds a significant office in this county as a Democrat as district attorney. His opponent, for the second time, is Jason Schmidt. Swanson’s record in court, which has not included many victories in trial, will be a major issue in this race going forward.

Frankly speaking, after the November vote, the Democrats could be a non-factor here in the coming years. Only Rosas and Jamestown Mayor Eddie Sundquist, who has been showcasing his lack of experience in recent months, may be the region’s only real connection to the rest of this True Blue Empire State.

That will not bode well for us in the coming years. COVID-19 has put all governments in a fiscal crisis. The municipalities with the best connections are those likely to get the most help.

Republicans here will likely lean on Rosas and, to a lesser extent, Sundquist when looking to Albany for assistance. That’s a huge responsibility for both leaders.

In the meantime, the petty local battles – and self-serving individuals such as Williams — have ruined what was once a competitive balance of power between two parties in this county.

These wounds go deep. It may be another decade before the local Democrats even begin to recover.

John D’Agostino is regional editor of the OBSERVER, The Post-Journal and the Times Observer in Warren, Pa. Send comments to jdagostino@observertoday.com or call 366-3000, ext. 253.

From Ad Man To Tax Man

Writing TV commercials was fun but retirement would be heaven. I could do whatever I pleased. I’d get to spend ...

This upcoming Tax Day is a unique one, and not just because it’s well … in July. Taxpayers are busily filing ...

Over the last seven years, Sen. Kirsten Gillibrand (D-N.Y.) has been a leading voice advocating for military ...

The Lake Is No Vaccine

A week or so ago, the county announced that there had been on one day 13 new COVID infections. That was quite a ...

Should Each County Have One Senator?

Delegates to the 1787 constitutional convention were divided over how to apportion Congress. States with larger ...