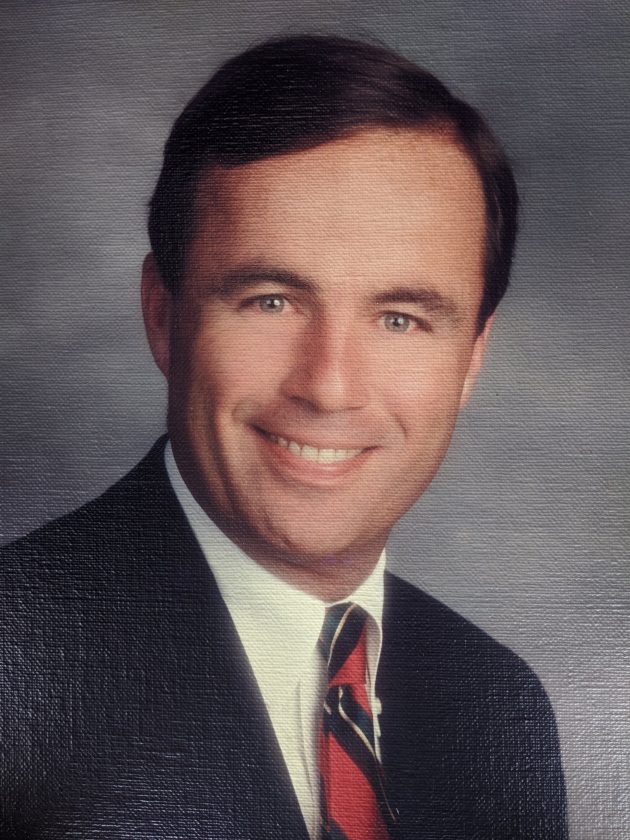 On June 19, 2020, John Patrick O’Neill Sr., brother, father and grandfather passed away in Fort Lauderdale, Fla. He was 70 years old. The eldest son of Jack and Doris O’Neill, he was born in Syracuse and later lived in Watertown, and Lakewood, where he attended Southwestern High School (class of 1967). He went on to attend Le Moyne College where he graduated with a degree in business in 1971.

John married Mary Kuhlmann in 1972, in Buffalo where their four children were born. After 15 years as a banker in Western New York, he and the family moved to Fort Lauderdale, where John went on to become the president of several banks before retiring in 2010. He was named Southwest Florida Banker of the Year in 2004.

John was a dedicated father to his children, committed to being a present and positive influence throughout their childhood. He never missed a ballgame, a graduation, or any opportunity to express his paternal pride.

Never one to miss a social gathering, John lived for his friendships and the opportunity to tell a story, laugh, share a meal, watch a game and be a friend. He will be remembered most for his unfailing optimism, his infectious laugh and his willingness to help others.

Given the current pandemic, a funeral mass will be scheduled in Syracuse, NY at a later date under safer, less restrictive conditions.