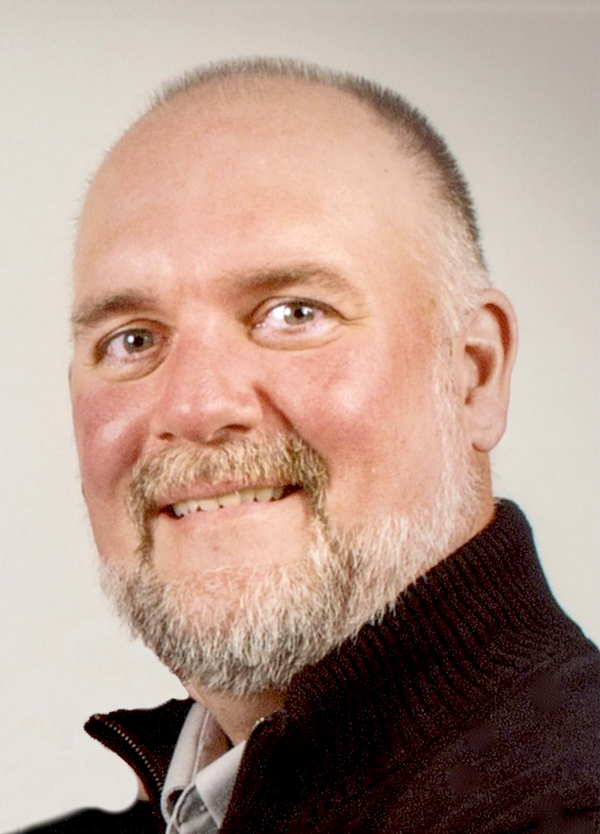 Dave Poulin has been described as one of the most kind, gentle, steady and full of wisdom humans by his friends and family. Dave is someone who thought deeply, dreamed in color, had artistic vision and truly embodied living life to the fullest. He believed that curating as many experiences in life was worth more than any gift someone could buy. He, his wife, Connie, and son, Nigel, travelled and experienced so many things in the world because Dave believed that’s what living was about-experiencing life.

Dave wore many hats in his 59 years on this earth. He was the first son to Bill and Betty Poulin who have survived him, the eldest sibling to Kelly, Kim, and Scott, an active uncle to his nieces and nephews, a life-long learner, a teacher, an artist, an entrepreneur, a philanthropist, a world traveler, a curator of life experience, a dedicated husband to wife, Connie, and his most revered role, a father to their son, Nigel. David was once asked, in an interview in the Ellicottville Times, who inspired him and his art? While he had many influences on his creative process over the years, his greatest joy and inspiration in life was his son, Nigel.

In 1978 Dave participated in his first “Bronze Pour” while a freshman art major at Bethany College in rural Lindsborg, Kan. That moment solidified in him the passion and excitement of creating bronze sculpture. After completing his M.F.A. in sculpture from world renowned Alfred University’s Fine Art program, Dave spent eight years as a professor at Saint Bonaventure University and became chair of the department of visual and performing arts – a department that he created.

In 1997, Dave left the university setting to pursue his art full time. He went on to create over 130 public works. He has lived, worked, lectured and traveled throughout the United States, Canada and Mexico as well as Germany, France, Brazil, Japan, China, Egypt and the exotic island nation of Grenada.

Dave renovated a large warehouse into an art studio, casting foundry, and art school in Jamestown,, and later built a studio in Humphrey, N.Y. He was one of only a handful of sculptors in the country, who created the amount of work he did, overseeing the entire process from the original clay to the finished bronze sculpture, at his studio and foundry. Dave was a true visionary who worked with people as a sculptor to bring their ideas to life. He saw his job as a storyteller and a co-creator in the process. “Sculptures don’t talk or move, but they must tell stories in order to be meaningful.” As a career and technical education (CTE) teacher, he also taught students how to create and value their inherent abilities to work with their hands.

Later in his life, Dave was committed to prioritizing the roles of husband and father and stepped back from public sculpture commission work. He donated his expansive foundry equipment to the Buffalo Maritime Center, to be utilized for casting custom parts for boats and as part of its program to train teenagers in industrial arts. While continuing to do a smaller number of private sculpture commissions, Dave focused on teaching welding at the Cattaraugus- Allegany Board of Cooperative Educational Services (BOCES) in Ellicottville, N,Y,m and most recently taught welding in the CTE department at Battery Creek High School in Beaufort, S.C. The high school students in Dave’s BOCES welding class built a special crane that was used to move molten metal into the casting furnace that he donated. Dave believed in the Maritime Center’s Hand to Hand program, which uses mentors to train young people in working with their hands. Dave once said in an interview “I think a lot of kids, a lot of families, are realizing that there’s nothing wrong with learning a trade,” “These are very good careers. A lot of these kids have trouble sitting in a classroom for six or seven hours a day. They need the hands-on.” Dave’s commitment to young people who are interested in pursuing higher education beyond the high school CTE level was the inception of a memorial fund to honor his legacy. The Dave Poulin Memorial Scholarship for High School Career and Technical Education Students will provide scholarship opportunities for students from either New York or South Carolina, who strive to pursue post-secondary education.

Arrangements were handled by Simplicity: Lowcountry Cremation & Burial Services in Bluffton, SC. To view condolences, or to leave your own, please visit their website at lowcountryfuneral.com.