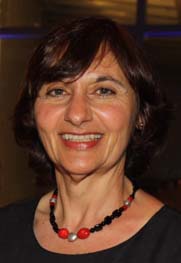 Rosemary was born Aug. 3, 1950, in Dunkirk, N.Y., the daughter of the late Louis and Margaret Benenati Leone, and was a 1968 graduate of Dunkirk High School. In 1972, she graduated Cum Laude with a Bachelor of Arts degree in English from SUNY Oswego. She then earned her masters degree in public administration from Kent State University, School of Management in 1984, and Masters of Science Education Counseling and New York State Guidance Certificate from St. Bonaventure University in 1991. Rosemary received her Advanced Certificate of Specialization in Counseling Psychology for School Counselor from St. Bonaventure in 1995 and Advanced Certificate in School Administration/ Supervisor from SUNY Fredonia in 2002.

Rosemary’s work experience began as a teacher of English as a Foreign Language for the Peace Corps in Morocco, North Africa. From 1974-75 she worked in claims adjudication for the Veteran’s Administration in Buffalo, followed by two years as director of the Westfield Day Care Center. She served as assistant director of the Economic Opportunity Council in Warren, Pa., from 1985-86 and Director of Recreation of the Busti-Lakewood Recreation Center from 1986-90. Rosemary was then a guidance counselor at Chautauqua Lake Central School from 1991 to 2005 and served as high school principal from 2005 until her retirement in 2011.

She was a past president of both the Women’s Club of Lakewood and South- western School PTO, past board member of Infinity Visual & Performing Arts, as well as a member of the Chautauqua Lake Yacht Club and The Cabin.

Along with her husband, Paul, surviving are two children: a daughter, Laura Andrews of New Orleans, La., and son, Evan Andrews of Philadelphia, Pa.; two grandsons: Jonah and Silas Ward of New Orleans; and a sister, Karen (Bernard) Michaels of East Amherst, N.Y.

A private family service will be held. Visitation will not be observed.

Please visit www.lindfuneralhome.com to leave a condolence or remembrance.