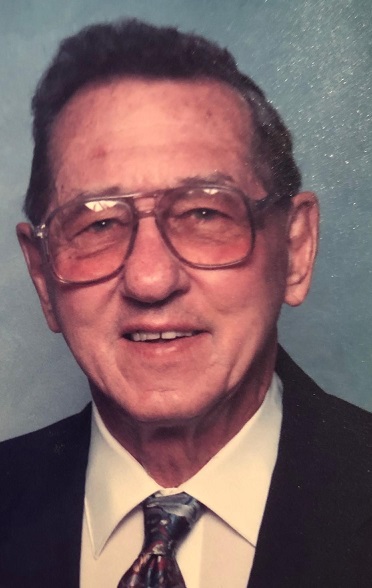 Ron was a member of the F&AM of Pennsylvania for over 50 years, the A.A.S.R Northern Masonic Jurisdiction, the USA Valley of Jamestown and also the Sugar Grove Mission Covenant Church.

A true believer of the American Dream, Ron exemplified this with his actions of dedication to working hard to produce a happy and successful life not only for himself but his family. He believed in investing in the future. Anyone who had a conversation with him about investing knows that he was a big fan of the reinvestment program. He retired from the National Forge and had a private business of managing several rental properties.

As hard as Ron worked, he knew it was important to have fun too. He enjoyed taking his family to Sauble Beach, Canada for vacations each year. This was shared with his brother Herb and family, as well as good friends, the Chapels.

Ron was always a fan of boating and water skiing right up until the age of 82 when he put on the skis for the last time. Many hours were spent on Chautauqua Lake providing skiing and tubing time for family and friends after which his wife, Alice would provide a picnic dinner. Ron and Alice also enjoyed cruising and traveling all over the world.

Always interested in history, Ron coordinated many of his travel destinations to include a place with an interesting background. He shared these adventures with his children when they were young, and as they grew up, he generously included their spouses and children.

Once he completely retired, Ron enjoyed gardening and time spent with friends and family both here in Pennyslvania, and his winter home in Fruitland Park, Fla. Always up for a good prank and fun, Ron delighted in making people laugh. Although not a game player, in later years he was very fond of playing Dominos. He will be missed dearly.

In addition to his parents, Ron was preceded in death by the love of his life and reason for living, Alice L. Carlson (2011), whom he married, Aug. 27. 1949; his first born son, Douglas Carlson (2014); and two brothers: Gilbert and Herbert Carlson.

A private funeral service and burial will be held at the Mission Covenant Church.

The Nelson Funeral Home and Cremation Services, in Youngsville, have been entrusted with all arrangements.

Condolences to the family may be made at www. nelsonfuneralhome.net.