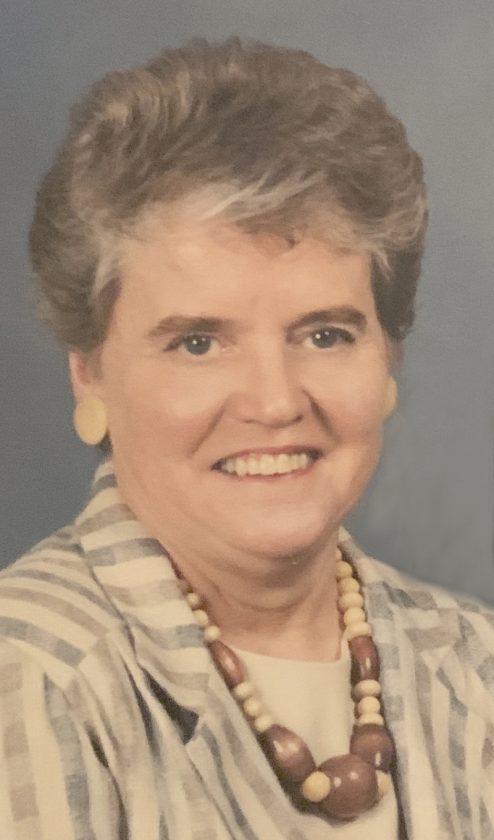 Alice T. Conway Minarovich was born in New York City on May 30, 1932, the daughter of Catherine Burgess Conway and John Patrick Conway. She was one of four children. She grew up in the Bronx and graduated from Cathedral High School and then Grace Institute Business School. From there, she went on to study at Fordham University.

In her teenage years, Alice was part of a group of close-knit friends, including her sister Anne, who gathered regularly at one another’s apartments listening to records and cutting the rug. Their group was known as Club Smileage. The Club kept in touch into the 21st century, regularly gathering in the Poconos.

When Alice was 25, she attended a church ball where she met a dashing pilot, a certain Joseph T. Minarovich, whom she married in a beautiful ceremony at Saint Joan of Arc Church. They honeymooned in Niagara Falls and returned to their new home in Jackson Heights, N.Y. Nine months later, she gave birth to their first daughter, Catherine Alice. The following year, Mary Theresa was born.

Before long, they decided to move to Teaneck, N. J., where Elizabeth Anne was born. But ho, her husband was called to work in the space program, which flew them across the country, landing them in California, where Joseph Charles, Alice Patricia, Dianne Carol and Christi Anne were born.

Having grown up in a metropolitan city, a driver’s license was not important to Alice, but she soon realized that she needed to get one. Between diapers, cooking, doctor’s appointments, shopping, birthday parties, outings to parks, dressing seven children, and running a household, she managed to get her driver’s license and use it 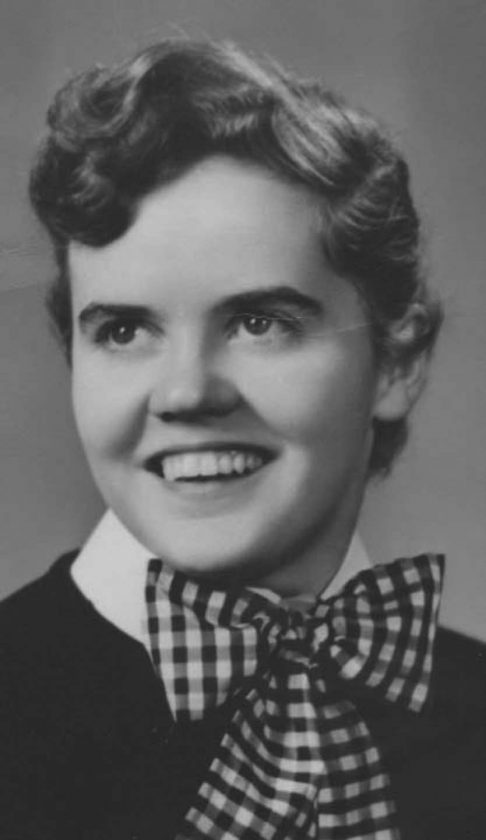 But ho, work beckoned her husband to move again, and their sunny California lifestyle was packed up and transferred to the four-season state of Ohio, where little snowsuits, hats, mittens, scarves and boots were also necessary. Their first two months were spent living in a motel until a rental home was found while they designed and built a wonderful home that fit their growing family, big enough to fit all the tricycles and bicycles, hula-hoops, roller-skates, an array of animals, a substantial family vegetable garden, an ice-skating rink, the family station wagon, and a small mound of dirt with a veranda playhouse built by husband Joe where every child in the neighborhood loved to play. There, Thomas William, Steven Anthony and Timothy John were born and the family totaled 10 children. Ten plus two equals cheaper by the dozen…well, maybe not. Meanwhile, Alice served as chief administrator, accountant, taxi driver, activities coordinator, chef, and more for this large crew.

But ho, another change was in the air and Alice packed the family up and moved them to New York State, where they settled in Jamestown, close to relatives: Alice’s brother Donald, his wife Carol, and their three children, Noreen, MaryBeth and John.

Alice did whatever was called for, adjusting to a new small town, enrolling her children into their appropriate schools, overseeing everyone to ensure they had what was needed. She got her children involved in all sorts of activities and events, and even took part-time work outside of the home while her husband Joe flew airplanes and worked in all things aeronautical as well as in sales.

She became active at their church, Ss. Peter and Paul, making sure her family attended catechism and dressed in their Sunday best for Mass. She prepared daily three and four course dinners for twelve or more, for often there were friends, exchange students or a lonely neighbor joining in. She instilled in her children the love of reading, taking them to the library regularly. The piano was pounded, guitar was strummed, snare drum drummed, the cello and trumpet practiced. Charts and schedules were devised for chores and homework. She ran a tight ship, keeping the ever-rising hormones and high energy of a house full of young children and teens from bursting into pure chaos. In short, she was a miracle worker of sorts.

As her children grew and began, one by one, to move out of the family home, she refocused her energies, including cultivating her garden and finding ways to expand the patio, relishing the beauty and wonder of plant life. She enjoyed cross stitching as well as knitting and crocheting, and her handy work can be found on many beds and sofas and in frames throughout her children’s homes. She found ways to challenge herself by taking calligraphy, computer, and photography courses at JCC, where she also swam for many years. She was an avid reader. She greatly enjoyed film and music of the 1940s and 50s era. And she took great joy in her fourteen grandchildren, most of them living far away, spread out across the country. Last year she became a great-grandmother, a final crown on her first generation Irish American head. Three years ago her beloved husband of nearly 60 years passed, a week shy of 91.

In addition to her husband, she was preceded in death by her parents, her brother, John J. Conway, and her grandson, Timothy Munschauer.

Due to the restrictions of the coronavirus, a memorial service will take place at a future date when her children and their families are able to gather together.

You may leave words of condolence to Alice’s family at www.lindfuneral home.com.