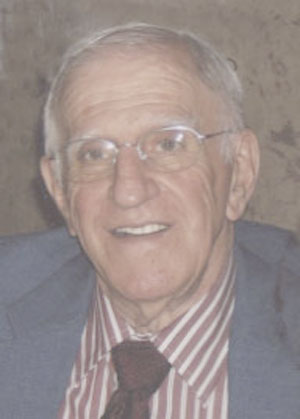 Ralph was a graduate of Connellsville, Pa., high school and earned his bachelor’s degree from Westminster College, New Wilmington, Pa., in 1954. He also attended the Indiana University of Pennsylvania.

While attending Westminster College, he was the captain of the first undefeated football team in school history and was inducted into the Westminster Titans Hall of Fame in 2003.

Before retiring he was a social studies teacher and football coach for several school systems including, Hopewell Township Pa., where he was also department chairman, Uniontown Pa., and Warren Area High School, Warren, Pa. While living in Jamestown, he was a tutor for the Chautauqua Striders Program for several years.

He was a member of the Bethel Lutheran Church and was past chairman of the Thule Lodge 127 VASA Order of America. He also enjoyed attending the adult coloring session at the James Prendergast Library.

Besides his parents, he was preceded in death by two sisters: Theresa Testa and Christine Engleka; and three brothers Nick: Veghts, Joe Veghts and Charles Veghts.

Due to the restrictions on public gatherings caused by the coronavirus outbreak visitation will not be observed. A memorial service will be held at a later date.

You may leave words of condolence to Ralph’s family at www.lindfuneral home.com.