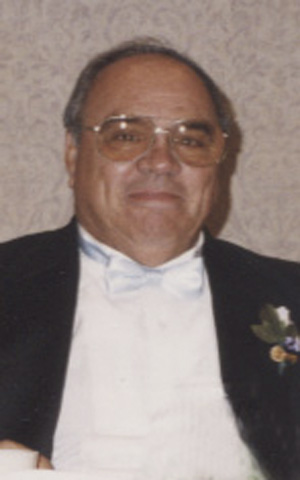 A Jamestown area resident for most of his life, he was born Aug. 6, 1932, in Jamestown, N.Y., a son of the late George and Jennie Cusimano Patti.

Before his retirement, he owned and operated James Patti Excavating and also owned Area Gravel Products in Kennedy, N.Y.

He was a communicant of St. James Catholic Church and a member of the Umatilla Florida Masonic Lodge where he was a past master. While living in Jamestown he was a member of the East Side Fellowship, Jamestown Elks Lodge, the Henry Mosher Post 638 American Legion, Falconer, N.Y., and was a 4th Degree member of the Knights of Columbus.

Surviving are his wife, the former Helen Ambrose, whom he married in 1979; a daughter, Laurie Patti of Florida; a son, James Patti of Falconer, N.Y.; several grandchildren; two stepchildren; Nancy Meneley of Indianapolis, and William Hopkins of Michigan; several stepgrandchildren; a brother, George Patti of Jamestown; and his niece and nephews: Michelle Patti, George Patti and Ryan Patti.

Besides his parents he was preceded in death by a daughter, Diane Patti Kolinchinski, who died Jan. 19, 2001.

Due to the restrictions on public gatherings caused by the coronavirus outbreak, a private family Mass of Christian Burial will be celebrated. Visitation will not be observed. Burial will be in the Allen Cemetery.

You may leave words of condolence to Jim’s family at www.lindfuneral home.com.