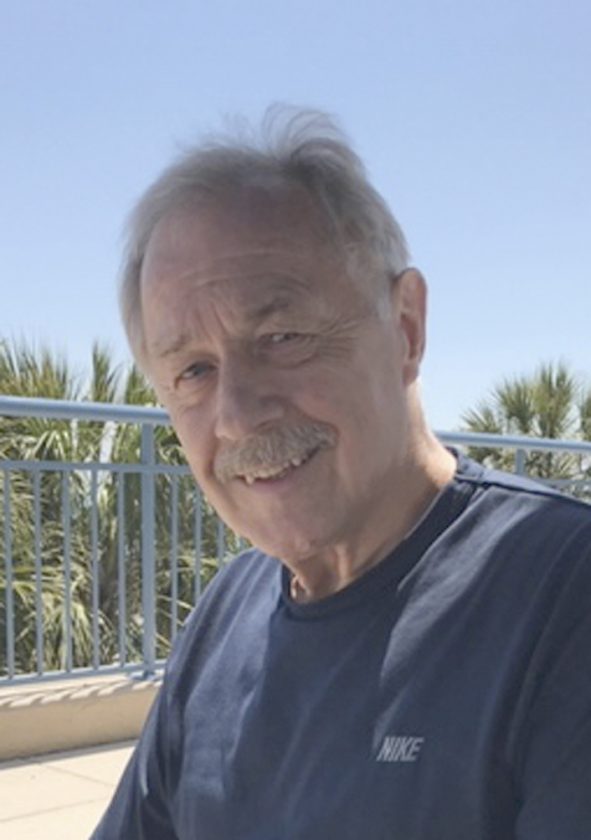 Jim, “the Snowman,” peacefully left this world for his next adventure Feb. 11, 2020 surrounded by his family.

On Sept. 16, 1967 at the age of 17, he enlisted in the U.S. Navy. His overseas adventure started in Keflavik, Iceland NATO Base. That is where his lifelong love of sky diving began. Initially, eh began jumping from helicopters and graduated to anything with wings. While in the military, he traveled to many countries including England, Norway, Denmark, China, and Vietnam.

Jim extended his enlistment in order to fight alongside his countrymen in Vietnam. Anytime a stranger would thank him for his service he simply responded “it was my honor.” While in country he was assigned to supply boat YFU-62 brown water Navy. His team ran 285 missions on the Cua Viet River, Dong Ha River and Perfume River supplying the northern I-corps. On Jan. 16,1969 YFU-62 was making a routine river transit on the Cua Viet River 6 miles south of the DMZ, when it was sunk by a command detonated mine mid-morning. Eight Navy men were killed and three other wounded. His unit received a Navy Combat Action Ribbon, a Navy Unit Commendation Ribbon, and a Navy Presidential Citation. He also received a Vietnam Service Medal with three bronze stars, National defense service medal, RVN Gallantry Citation and RVN civic action honorable medal.

Honorably discharged in 1969, he started his civilian life by graduating from RBI Rochester Business Institute, also attending RIT classes. Also graduating JCC with an associate’s degree in marketing. After marriage Jim moved to Lakewood where he owned and operated Lakewood Dairy Queen, Musty Pizza Shack, and The Eatery in Fluvanna. He was an active village member serving on the board for project interlink, was a founding member of Kiwanis and republican committee member. At one point he decided to try acting and made the cast of the musical Carousel as a song and dance man. In the past he co-chaired the YMCA annual membership drive and was an active member on a daily basis of the Lakewood YMCA. In his earlier years you would find Jim on the handball courts in Jamestown. He was a member of St. Luke’s Church where he was married.

Later in life Jim pursued a new interest in Insurance. Jim worked at Slone Melhuish Insurance for many years before starting Gas & Oil Industries Insurance Brokers working side by side with his son for over a decade before retiring. Jim loved to talk business with anybody who would listen.

He loved his grandchildren Riley Mae and Carter James encouraging them to play with the piano when they visited. He supported his wife Beth in all her business endeavors. Jim was ever so proud of his family and their accomplishments.

When the fourth of July rolled around he was the first to buy fireworks and happily ignite all ordinance available.

We will miss his enthusiasm for life, hi creative spirit, and most all his constant support of us all. He is finally at peace and his is a job well done!

The funeral will be held at 4 p.m. Friday in St. Luke’s Episcopal Church. Rev. Luke Fodor will officiate.

Inurnment will be in Arlington National Cemetery.

Friends will be received from 4-7 p.m. Thursday in the Lind Funeral Home.

You may leave words of condolence at www.lindfuneralhome.com.