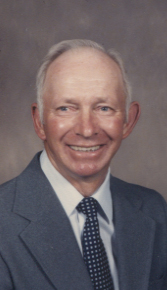 He was born Feb. 11, 1926, in the same home he lived in his entire life, a son of the late Oscar and Hulda Carlson Samuelson.

He was a 1943 graduate of Bemus Point High School.

Paul took over the family dairy farm at age 11 with help from his mother and two uncles, following the untimely death of his father. Farming was his passion and he operated the farm with his family for over 75 years. He was also employed by the Bemus Point School District as a bus driver for 36 years.

A memorial service will be held at noon Saturday, Feb. 15, at St. Timothy Lutheran Church.

Friends will be received for two hours prior to the service in the church, starting at 10 a.m.