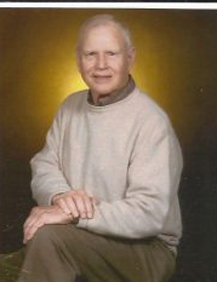 He was a graduate of Clymer Central School. He had been a member of the Mayville, N.Y. Fire Department, Mayville School Board and Mayville United Methodist Church. He worked for GLF/Agway retiring as plant manager.

He was an avid sports fan and coached Little League baseball. The Red Sox and Ted Williams in particular were “his” team. He supported the Texans, Rockets and Astros after moving to Texas.