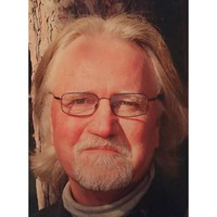 Dan received a Master of Science degree in synesthetic education at State University of New York College of Environmental Science and Forestry at Syracuse University, along with a Bachelor of Landscape Architecture (Magna Cum Laude), and took a position as professor of landscape design at SUNY. He furthered his education at the University of New Hampshire. Dan was a skilled professional planner, designer and educator. He first pursued a career in landscape architecture, and later developed a passion for land conservation and resource management planning. Following retirement from his career with the Society for the Protection of New Hampshire Forests, he became the founder and principal of Green Fire GIS. He developed a style of GIS mapping and analysis that utilized researched data as well as intuitive understanding of resources and land conservation, human and wildlife migration patterns. He offered computer mapping and analysis services to municipal and nonprofit clients. His brilliance was in creating interest and building community support for important concepts which he gave life to in his maps.

Dan was always willing to take time to educate and mentor young people in a variety of subjects. He was active in the Boy Scouts of America as a young man, and he was proud to be an Eagle Scout. He became an expert woodworker and also enjoyed chair caning, fly tying, boat building, genealogy, knitting, gun-building, and an endless spectrum of creative activities.

A celebration of Dan is being planned in May for all who knew him. There will be an announcement of the details in April. A special thank you is given to Dan’s family, many friends, and work associates for the outpouring of condolences and support. Dan will be widely missed.

In A Class By Himself