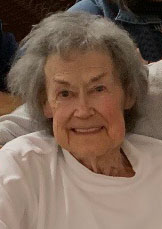 She was the daughter of the late Floyd DeForrest and Pauline Ostrander Carr. Born in Red House, NY, Sue moved to Steamburg, N.Y., and was a 1957 graduate of Randolph Central School.

Besides her parents, she was preceded in death by her husband of 57 years, Dennis B. Warner of Jamestown, N.Y.

Sue moved many times throughout her life to support Dennis’s career with Polaroid. Prior to retirement they spent 31 years in Sharpsburg, Ga. Sue worked throughout her life as a secretary and receptionist. She also appeared as an extra in many film productions in the Atlanta area. She was an avid reader and follower of current events.

After retirement, Sue and Dennis returned to Jamestown where Sue lovingly cared for her elderly mother for many years. Her children remain forever grateful for the valiant way she cared for Dennis for the last eight years of his life.

A private service will be held. Burial will be at Sunset Hill Cemetery.

You may leave a condolence at www.lindfuneral home.com.