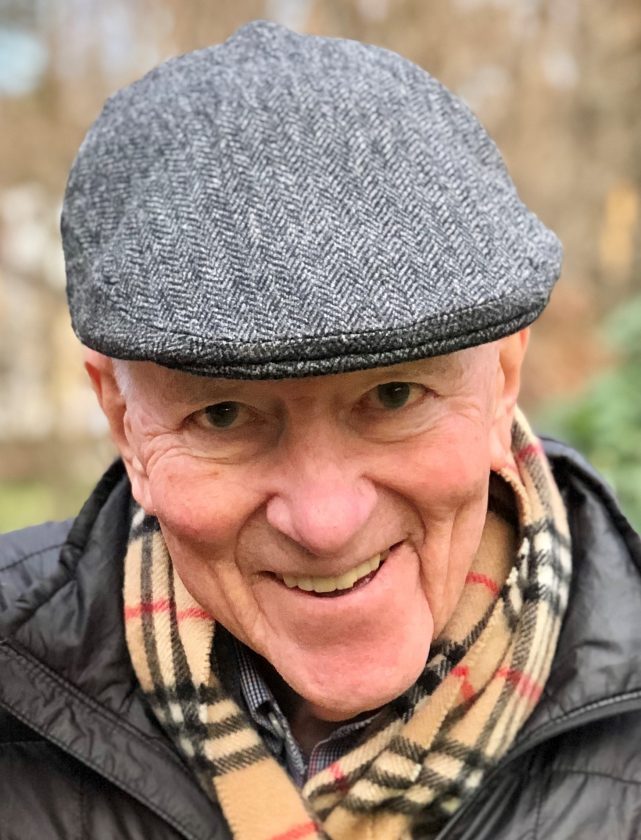 Beloved husband, father, grandfather, brother, and friend, he is survived by his wife of 58 years, Arlene; his three daughters: Karen, Cynthia and Kathleen and their husbands: Marq, Jamie, and John. “Gip” will be dearly missed by his five grandchildren: Madeleine, William, Cal, Sydney and Jack.

Born in Jamestown, N.Y. on Aug. 24, 1933, Bill was the fourth of seven children of Robert and Marie Hayes Weldon. From a very early age, Bill’s strong character was evident in the qualities that defined his life: hard work, strong faith, good humor, generosity, love of country and above all, devotion to family.

He joined the Army after high school, rising to the level of staff sergeant in just two years. He used the G.I. Bill to enter Michigan State University, graduating in 1959 with a degree in accounting. His career at the accounting firm Arthur Andersen began in New York and spanned nearly 40 years, eventually taking his family to London, Hartford, and Toronto, where he finished his career in 1996 as the managing partner of Canada.

Bill met the love of his life, Arlene Levesque, on a blind date in New York City in 1959. From the earliest days of their marriage, Bill and Arlene loved to entertain, bringing together friends, neighbors, and colleagues from all facets of their lives. A man of strong opinions who would rarely back down from a debate, Bill was also always quick with a joke and a laugh, and he valued his friendships deeply. Bill had a generous heart and gave his time and energies to a number of community organizations, including the United Way, the National Ballet of Canada and the University of Toronto.

Bill and Arlene shared a love of adventure and travel. They learned to ski in their 30s, golf in their 40s, and hike mountains in their 50s. They drove across the United States at least a dozen times and visited more than 30 countries over the course of their 58 year marriage.

Bill’s three daughters were his pride and joy, both as individuals and in the relationship between the three of them. Bill was unwavering in his devotion to his girls, always there to lend a hand, give advice, pack-up an apartment, take a trip, or babysit one of his five grandchildren, with whom he also shared his wit, wisdom and love of life. By his own account, Bill’s family is his proudest legacy, and they are grateful for the blessing of his life, the strength of his character, and the abundance of his love.

Bill is also survived by his siblings Ellen, MaryAnne and Bernard. He was preceded in death by his parents; his older brothe Jack; and his sisters: Catherine and Susan.

Bill’s family would like to thank their dear friends from near and far who supported and virsited with them during these last several months.

In lieu of flowers, please consider donations in memory of William Weldon to Gifts of Love, https://giftsoflovect.org or at 34 East Main St., Avon, CT 06001.

Carmon Funeral Home of Avon is assisting with arrangements.