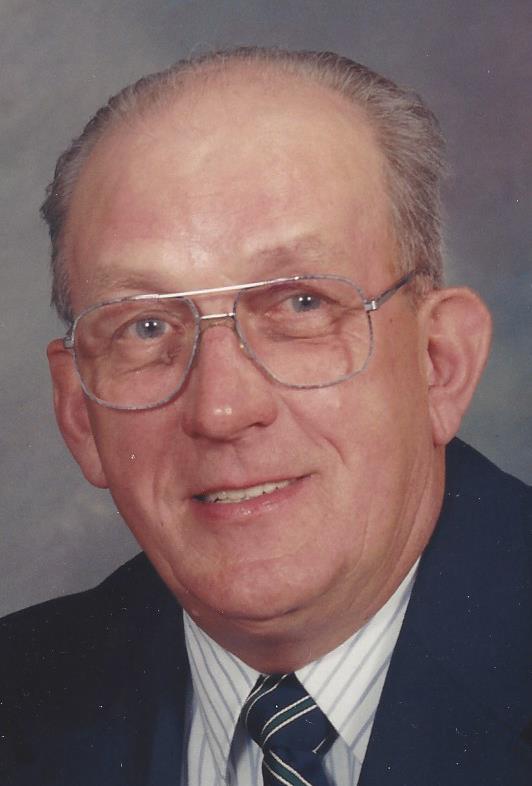 As a youth, Richard reached the rank of First Class Boy Scout; and shared his cheerful spirit, devotion to duty, honor and his deep love of Country and the outdoors throughout his life to his many friends and family.

He was a 1951 graduate of Jamestown High School, and later attended Jamestown Business College. He was a Korean War veteran, serving in the U.S. Army Finance Corps from 1953-55 and achieving the rank of corporal.

Richard was employed as an accountant at Marlin Rockwell Corp, and then a sales representative with Matthew Tire and Tread. He later owned and operated Larson Tire in Frewsburg for over 20 years. He retired as an area sales manager with DeRonde Tire of Buffalo in 2015.

He was a founding member of Christ Lutheran Church in Bemus Point N.Y. A lifelong outdoor hunting and fishing enthusiast, Richard served for several years advocating the preservation of local fishing habitat with the Chautauqua Lake Association. He had also been a member of the Erie Chapter, Sons of the American Revolution, Samuel Derby Post 556 American Legion, Frewsburg N.Y., the Jamestown and Warren Chorus of the Society for the Preservation and Encouragement of Barber Shop Quartet Singing in America and the Carroll Lodge of Free and Accepted Masons, Frewsburg N.Y.

He was predeceased by his parents; his wife, Elaine, whom he married July 1, 1955; and two grandchildren; Nicole and Andrew Ostrom.

The funeral will be held at 3 p.m. Saturday, Nov. 16, in the Peterson Funeral Home, Frewsburg. The Rev. Robert Benson, pastor of Christ Lutheran Church will officiate. There will be a veterans recognition ceremony prior to the funeral service. Burial will be in the Maple Grove Cemetery, Frewsburg, N.Y. The family will receive friends from 1-3 p.m. prior to the service in the funeral home.

In lieu of flowers, memorials may be made to Christ Lutheran Church LCMC, 3012 Route 430, Bemus Point, NY 14712, or the Jamestown Audubon Center.

Condolences may be sent to Richard’s family at petersonfh.net.