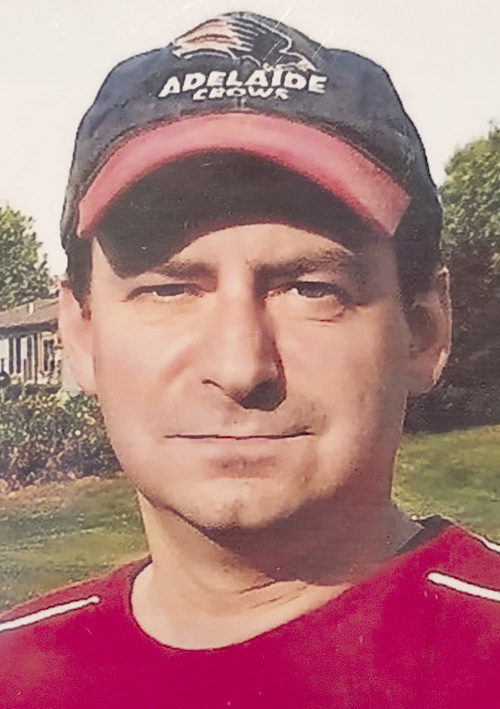 Steve was born May 23, 1968 in Jamestown, the son of Joyce (Cresanti) Samuelson and Robert Samuelson.

He graduated Jamestown High School in 1986, and SUNY Fredonia, where he earned his bachelor’s of science in Business Administration in 1992. During his 30 year career in corporate retail merchandising, Steve held management positions at Waldenbooks/Borders, Cabela’s and, most recently, as Director of Assortment Planning at Dollar Tree in Chesapeake, Va. It was during his first year at Waldenbooks in Chautauqua Mall in Lakewood, N.Y., that he met his wife of 22 years, Amy (Whitney) Samuelson.

Steve (aka Nature Boy) will be remembered as a wildlife enthusiast and for his love of the great outdoors. He spent countless hours driving the backroads of wherever he lived, looking for wildlife he could photograph. He was well-known among his family and friends for his stunning wildlife photography. He even embraced his wife’s love of traveling to new places as opportunities to capture more wildlife experiences and images. Steve was an avid hunter and the highlight of his year was always the annual hunting trip with his cousins. Steve also adored his beloved Gordon Setters, Riley and Wilson, and his Bernese Mountain Dog, Daisy. As an animal lover, Steve graciously welcomed every stray kitten his wife brought home over the years.

In lieu of flowers, you may instead donate to Messenger Woods Wildlife Care & Education Center, a non-profit organization that provides rehabilitation services for injured wildlife at a hospital and treatment center in Holland, N.Y. They also have numerous home-care satellites providers in the greater Buffalo area, including Steve’s Godmother, Judy Cresanti, whose primary focus is rehabilitating birds of prey. You can donate online by going to their website, www.messingerwoods.org and clicking the “Donate” button in the top right corner, or by mail to Messenger Woods Wildlife Center, P.O. Box 508, Orchard Park, NY 14127.