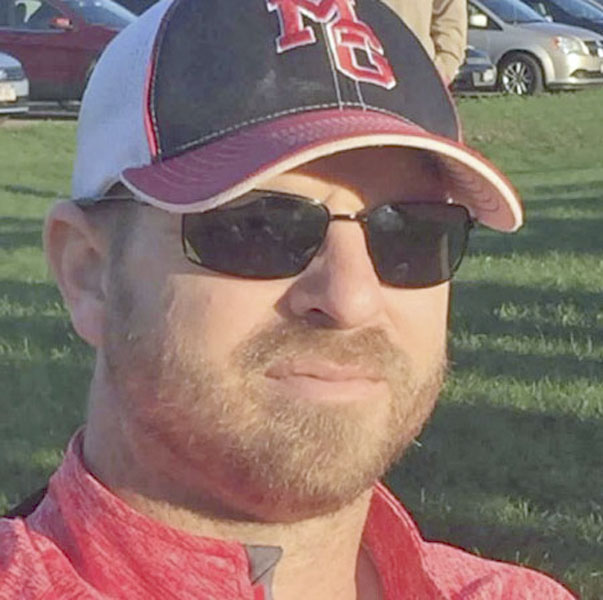 Mike attended grade school at Bethel Baptist Christian Academy and was a 1990 graduate of Cassadaga Valley High School, and a 1998 graduate of Jamestown Community College. He was a veteran of the U.S. Marine Corps serving during Desert Storm from 1992 to 1996 in Cherry Point, N.C., and Okinawa, Japan.

He was currently employed at Davis-Ulmer Sprinkler Company and was a member of the UA Local 669.

Mike was active and enjoyed coaching for Bemus Point and Maple Grove sports. He had coached Maple Grove Modified Baseball and Football and coached Bemus Point Little League and Midget Football for over 10 years. Mike had also coached and was a referee for the Upwards program. He enjoyed fishing on Lake Erie, hunting and was an avid Buffalo Bills, Buffalo Sabres and N.Y. Yankees fan. Mike attended Bethel Baptist Church.

The Myles family would like to thank the local community for the support and prayers they received during Mike’s illness.

The funeral will be held at 11 a.m. Wednesday in the Bethel Baptist Church, 200 Hunt Road, Jamestown, NY 14701. Rev. James Reed will officiate. Burial will be in Pine Hill Cemetery, Falconer.

Visit our website at www.falconerfuneralhome.net to send a message of condolence.