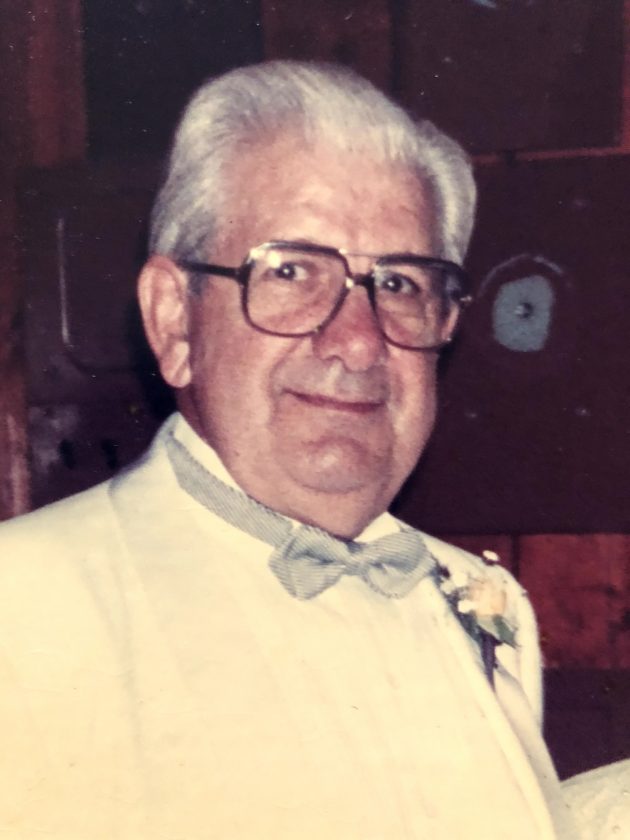 He is preceded in death by his first wife of 52 years, Rose Yachetta Paladino; his second wife of 12 years, Carmelita Russo Paladino; six brothers: John, Sam, Frank, Nick, Raymond and Steve; a sister, Celeste Palmisano; and one grandchild, Richard Paladino.

Lewis was born Dec. 28, 1919, in Youngsville Pa., to the parents of Achilles Paladino and Concetta Maisto Paladino.

Lewis was active in many organizations; as co-founder of the Allen Park Mens Club, Exalted Ruler of the Jamestown Elks Club, member of the Odd Fellows, volunteer fireman in Kiantone, N.Y.. and a captain on the Jamestown Police Reserves.

Lewis was the co-owner of Palmgren Brothers Garage for 43 years.

He enjoyed family get togethers and spending time at our camp during the summers and hunting season.

He will be missed by his family, friends and all who new him.

An announcement will be made in the future as to a graveside service.