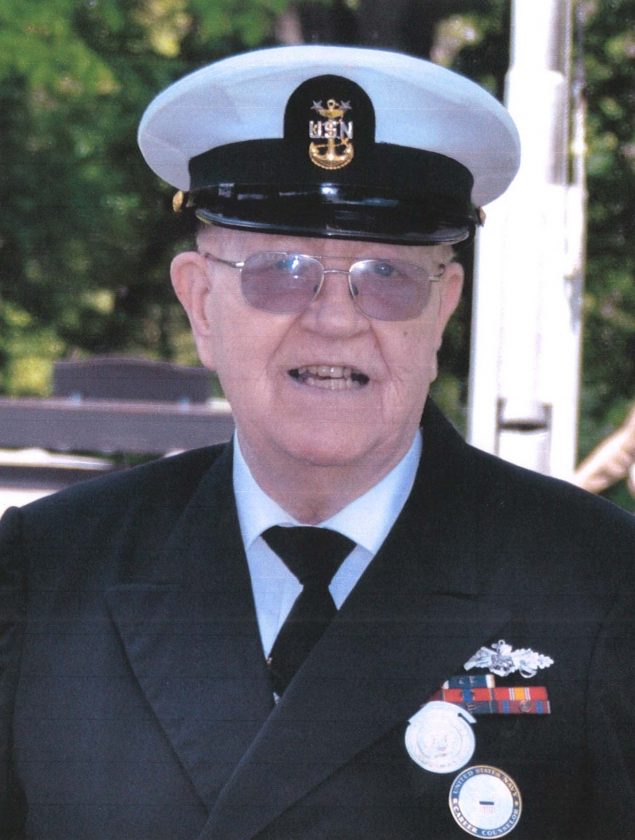 A lifelong area resident, he was born Sept. 24, 1941, in Salamanca, N.Y., the son of the late Clyde and Edith Maynard Hotchkiss.

He was a graduate of Falconer High School and was a veteran of the U.S. Navy serving from 1959- 62 aboard the USS John Paul Jones DD932 and rejoined the Naval Reserves in 1979 as a construction electrician with the SEABEE’s. After serving 28 years in the U.S. Navy and reserves he attained the highest enlisted rank of master chief construction electrician. During his naval career he attended schools for instructor training, naval classifier, leadership and management, and carrier counselor, as well as various seminars and workshops. He held numerous positions including company commander and officer In charge of construction projects assigned by CBLANT in the eastern United States.

Clifford served a tour at the pentagon, where he sat on the Selection Board for Advancement. While stationed at the Battalion 23 out of Ft. Belvoir, Va, he oversaw construction projects for the commandant of the Marine Corp, the Secret Service and the FBI. He was also in charge of the unit which annually power washed the statues at Arlington National Cemetery.

Clifford was employed for 36 years at MRC-TRW, SKF, where he was the first electrician apprentice in there state approved program. He served over 25 years on their Apprentice Review Board and also served during the full time of his employment on the First Responders Fire Brigade. He volunteered for 25 years at Affinity One Federal Credit Union on the credit committee and board of directors.

He was a member of the Falconer Volunteer Fire Department for 27 years having served twice as president.

The funeral will be held at 11 a.m. Saturday in the Kiantone Congregational Church. The Rev. Mel McGinnis pastor of the church will officiate. Burial will be in Kennedy Riverside Cemetery at 3 p.m. Saturday with military honors.

The family will receive friends from 5-8 p.m., Friday in the Falconer Funeral Home.

In lieu of flowers, memorial donations may be made to the Falconer Fireman’s Rescue Unit, or Kiantone Congregational Church or a charity of one’s choice.

Visit our website at www.falconer funeralhome. net to send a message of condolence.