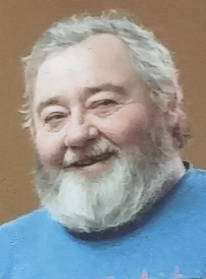 A lifelong area resident, he was born Oct. 11, 1961, in Jamestown, the son of Blanche Olson Carlson and the late Clarence H. Carlson.

Paul was a 1979 graduate of Panama Central High School.

For many years, he helped his father on the family dairy farm, and he worked in the gas and oil industry. He enjoyed tinkering around the farm, working on the machinery.

He was preceded in death by his father, Clarence H. Carlson; and a sister, Lucille M. Carlson.

The family will receive friends in the church for one hour prior to the service.

Burial will be in the Panama Greenwood Ceme- tery.

In lieu of flowers, memorials may be made to the Panama Baptist Church, 21 North St,, Panama, NY 14767; or to a charity of choice.