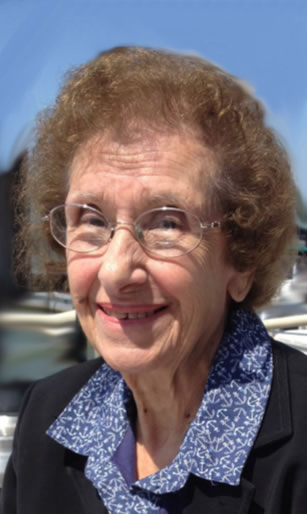 Fannie G. Parasiliti of Jamestown, N.Y., passed away on May 7, 2019 at Heritage Green nursing facility at the age of 102.

Fannie was born May 5, 1917, in Falconer, N.Y., the daughter of Pietro and Benedetta Spadaro Cardinale. She was a 1935 graduate of Falconer High School.

In 1952, she started and operated the first child day care center in Jamestown where she touched many young lives.

Fannie was preceded in death by her husband, Joseph Francis Parasiliti, in August of 1986.

A Mass of Christian Burial will be celebrated at 10 a.m. Saturday, June 1, 2019, at St. James Roman Catholic Church.

Friends will be received from 9-9:30 a.m. in the Lind Funeral Home.

Entombment will be at the Holy Sepulchre Cemetery Mausoleum in Jamestown.

A luncheon at the church will immediately follow the service at the cemetery.

Words of condolence may be left for Fannie at www.lindfuneralhome.com.