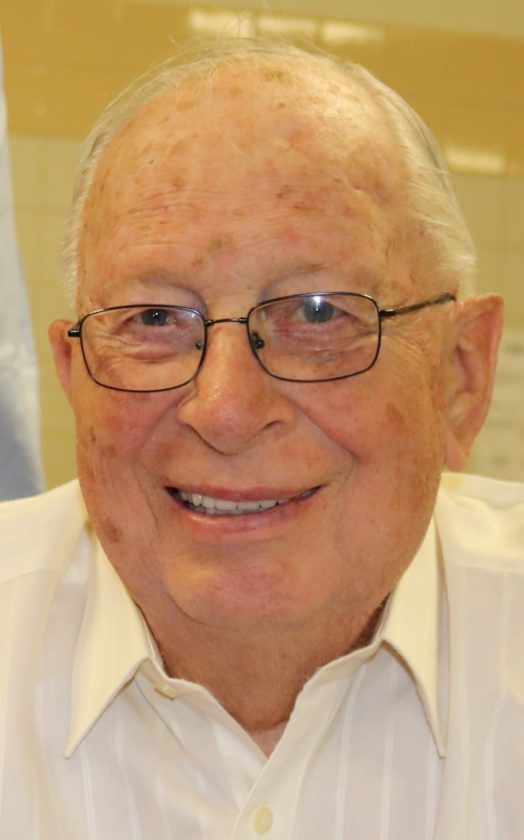 He was born June 23, 1932, in the town of Conewango, N.Y., the son of the late George G. and Esther L. (Wyllys) Myers. Buzz attended Randolph Central School and was a Veteran of the U.S. Army during the Korean War era.

Howard retired in 1994 from SKF in Jamestown, where he served for 42 year. In addition to working for SKF in the turning department, he operated the Myers Family Dairy Farm in the town of Conewango. His memberships included the Randolph American Legion Post 181, Lakewood Rod & Gun Club, charter member of the Elibomwons snowmobile club and he was a former member of the Randolph Loyal Order of the Moose Lodge.

Buzz enjoyed owning and working on classic cars. He was a longtime crew member of his best friend, Don Ranks race team. He also very much liked tinkering on the dairy farm.

He is survived by his longtime companion, Kathryn L. Dalrymple, with whom he shared his home; a son, Randal L. Myers and companion, Tonya of Randolph; and a daughter, Vickie Breemes and husband, Donald of Rock Hill, S.C.; two grandchildren, whom he adored: Alexandra E. Myers of Victor, N.Y., and Austin R. Myers of Randolph and a student at Rochester Institute of Technology.

The family will receive relatives and friends from 9:30-11 a.m., Friday (March 15, 2019) in the VanRensselaer & Son Funeral Home in Randolph. A service will follow the visitation at 11 a.m. The Rev. Molly Golando, pastor of the Randolph United Presbyterian Church will officiate. Burial will follow in the Rutledge Rural Cemetery, Conewango, N.Y. Military honors will be conducted by the Randolph American Legion Post 181.

To leave a condolence, log onto www.vanrensselaerandsonfuneralhome. com. In honoring of family members who have passed from illness, memorials may be sent to Home Care & Hospice, 1225 West State St,, Olean, NY 14760 or to the American Cancer Society.