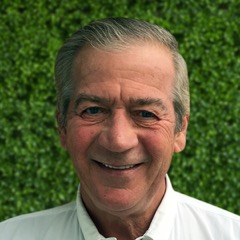 Michael was born July 2, 1957, in New Kensington Pa., the son of Hans Steen and the late Mary Patricia Gallagher Steen.

Michael graduated from Burrell High School in 1975 and then earned a bachelor degree from Penn State University in hospital administration. He began his professional career as a designer and consultant in the trade show exhibit industry. His proudest accomplishment was the founding and operating of San Diego Exhibits, where he was able to use both his artistic gifts and excellent business knowledge to expand his business. Later, he continued a rewarding career as a sales and marketing executive in the trade show industry.

He recently retired to his beloved Point Chautauqua, N.Y., where he had many lifelong friends and fond memories. He will be remembered as someone who lived life large and loved deeply.

He was preceded in death by his mother, Mary Patricia Gallagher Steen in 1998; and nephew, Tyler Steen in 2016.

A memorial service will be held at St. Timothy Lutheran Church, 3748 Route 430, Bemus Point N.Y., on Saturday, Feb. 9 at 3 p.m. A gathering will take place afterwards at Shaggy’s Restaurant on Main Street in Bemus Point from 4-6 p.m.

Memorials may be made to the Point Chautauqua Historical Society, P.O. Box 129, Dewittville NY 14728.

To leave a remembrance or to post a condolence to the family, please visit freayfuneralhome.com