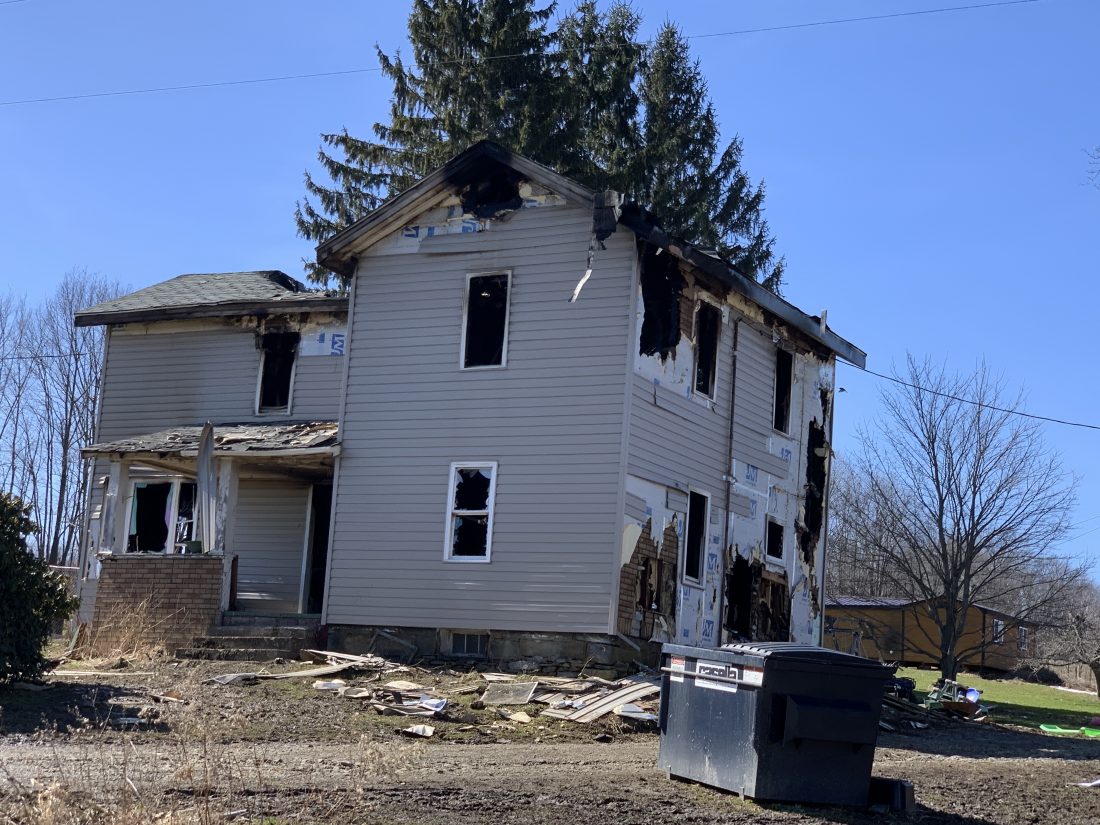 A home in Lander, Pa., just south of the town of Kiantone in New York, was destroyed by fire Saturday. It took firefighters from several departments almost seven hours to completely extinguish the blaze. P-J photo

First responders were called to 6655 Miller Hill Rd. in Lander, Pa., for the structure fire. Upon arrival, at around 10 a.m., firefighters observed smoke exiting the eves around the house, categorizing it as “pretty involved, but not fully involved,” said Lander fire chief Mike Chase.

No one was inside at the time the firefighters arrived, and no one had to be rescued. However, a Lander firefighter reportedly injured his leg while helping fight the blaze and was taken by ambulance to UPMC Chautauqua in Jamestown for treatment.

The residence is considered a total loss.

The family “lost everything,” said Chase. The residence was home to two adults and three children.

The cause is still being determined. Chase said a fire marshall is expected to investigate.

A Jamestown man faces charges after hitting a Jamestown police officer in the face with a bucket full of soap and ...