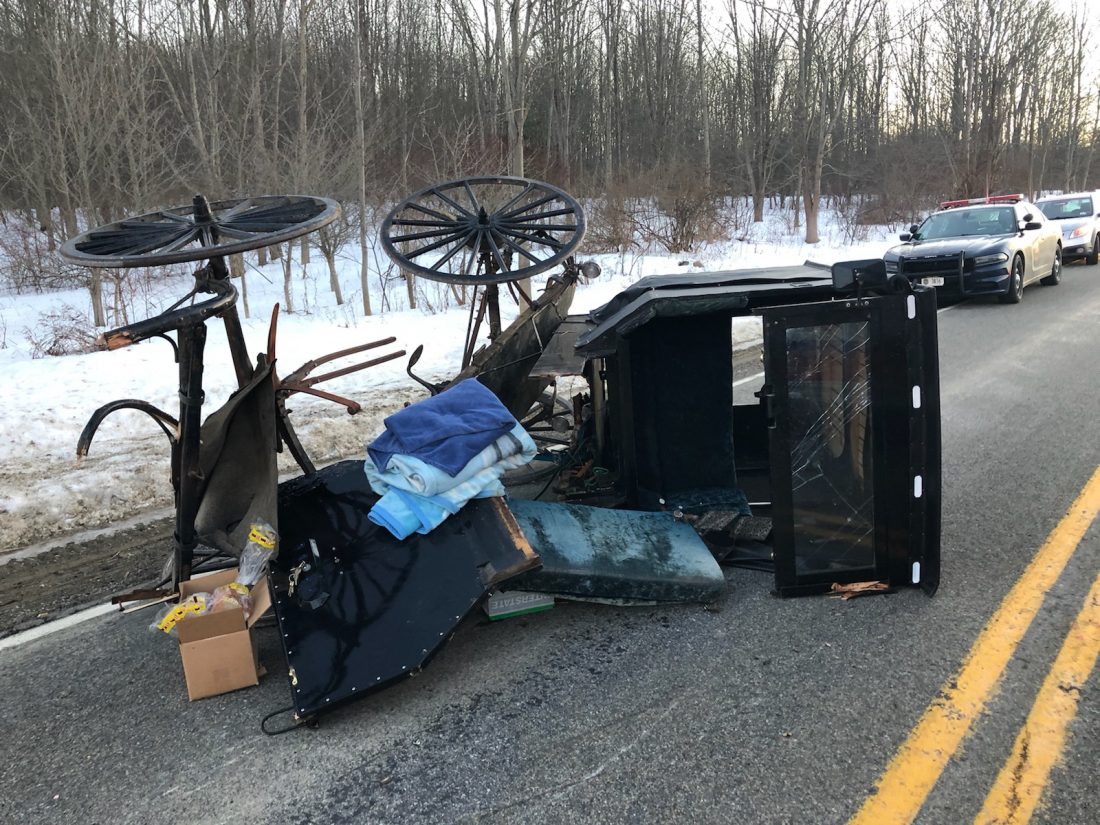 No one was injured when a vehicle struck the rear of an Amish buggy Wednesday. The New York State Police said the driver of a vehicle traveling southwest on Rock Hill Road became distracted by the sun and struck the buggy from behind. The buggy sustained extensive damage in the collision, state police based in Jamestown said in a news release. Neither occupants, or the horse, were injured. The driver of the vehicle, who was not identified, was cited for failure to reduce speed for special hazards.

A Jamestown man faces charges after hitting a Jamestown police officer in the face with a bucket full of soap and ...