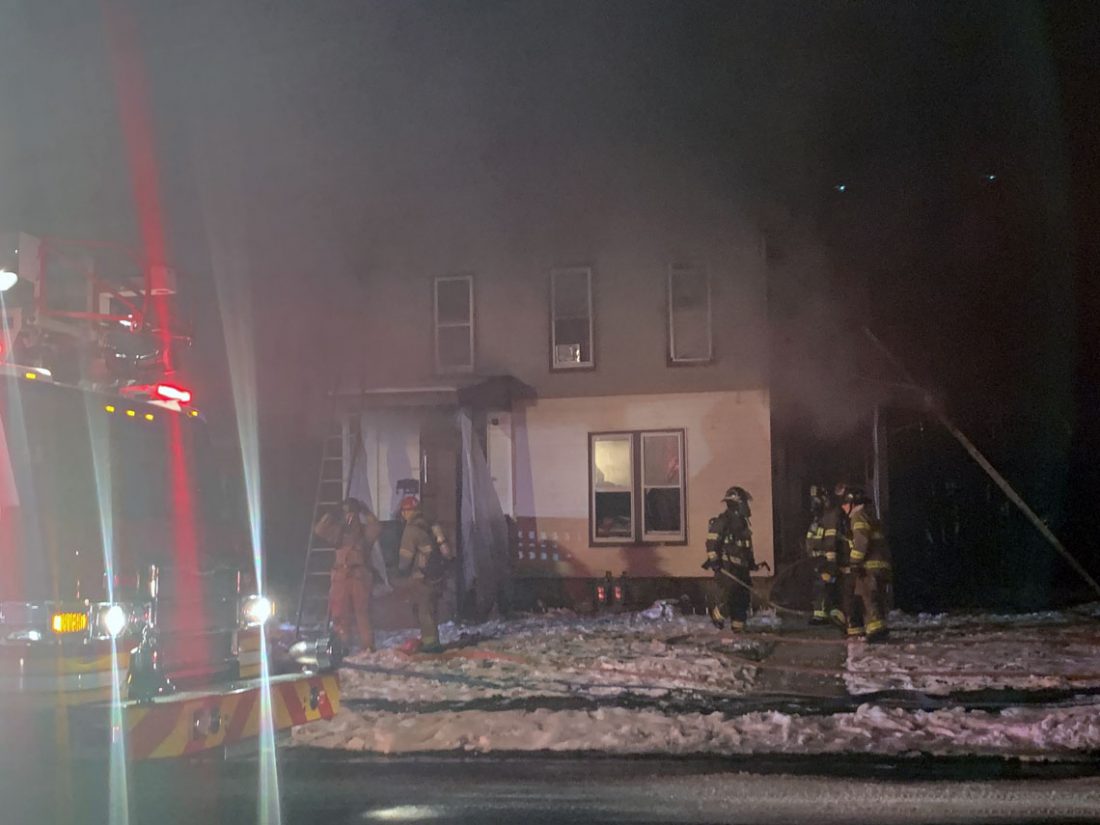 Jamestown firefighters were called to the scene of a fire reported around 9 p.m. on Friday inside 52 McKinley Ave. Passersby spotted smoke in the area and called 911. City fire officials reported finding fire and smoke inside the McKinley Avenue home. Additional firefighters were called in to help battle the blaze, and fire investigators were later summoned. The cause of the fire wasn’t known by press time.

JAMESTOWN POLICE DEPARTMENT ¯ Angelea A. Luszcak, 27, of Jamestown was charged with second-degree criminal ...