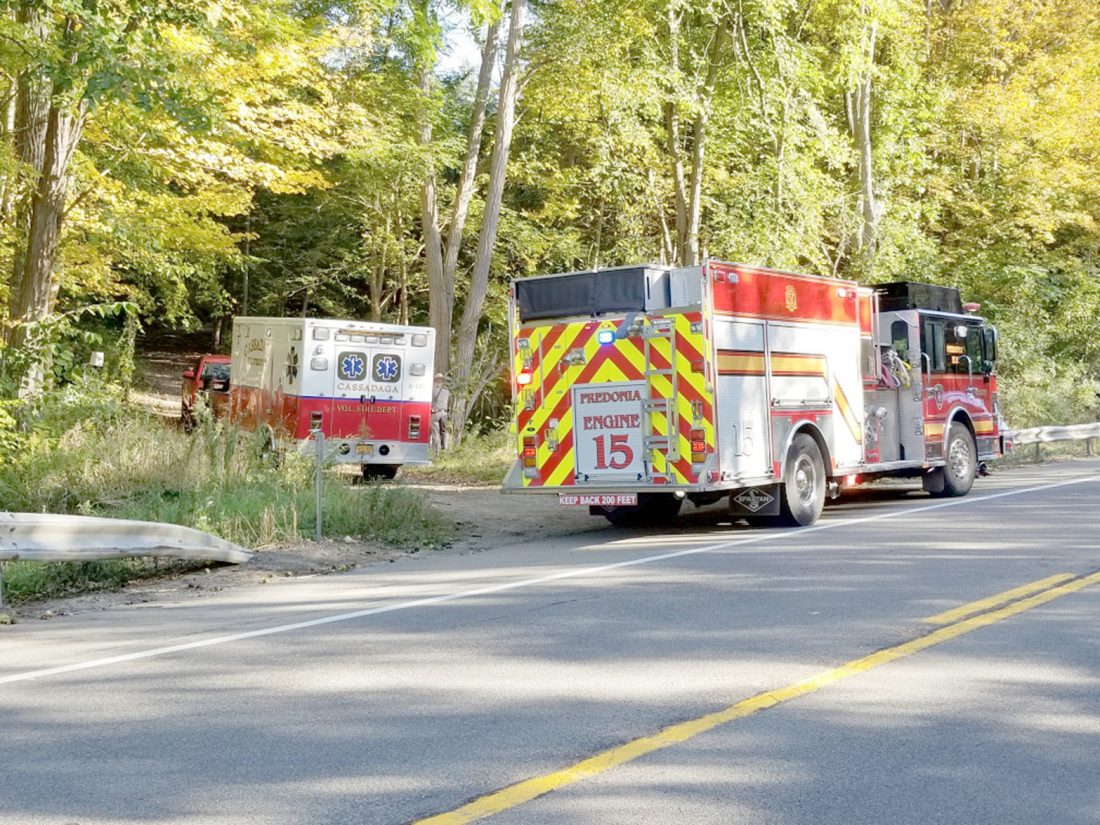 A town of Pomfret man was killed after he was pinned when his tractor rolled Friday afternoon. According to Capt. Eric Balon of the New York State Police, Daniel W. Hunt, 50, of Spoden Road, was operating his 1976 International 966 Tractor southbound on Route 60 when he attempted to make a left turn onto his farm access road around 4:55 p.m. “As Hunt entered the access road, the right front tire dropped down off the road on an embankment on the south side,” Balon said. “The tractor struck a tree and rolled over down the embankment pinning Hunt underneath.” Hunt was pronounced dead at the scene. Two excavators were used to lift the tractor. Firefighters from Fredonia and Cassadaga assisted at the scene.