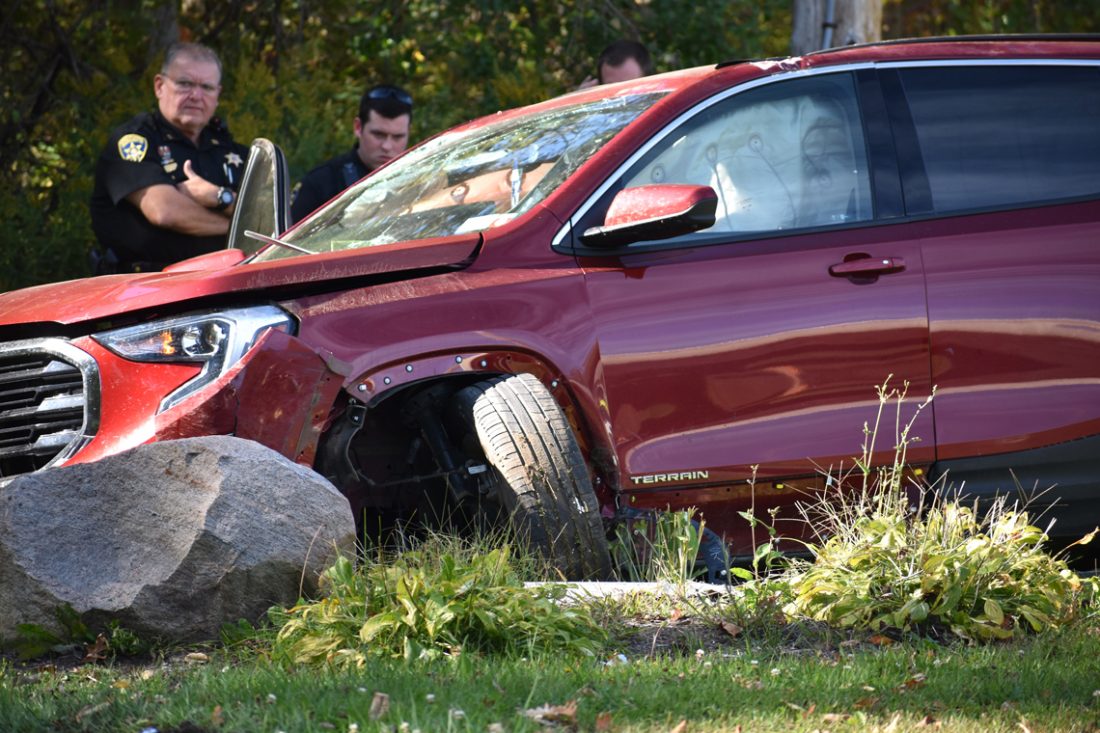 The driver of an SUV was taken by helicopter to a nearby hospital following a crash Friday afternoon. Firefighters from Dewittville and Maple Springs were called to the crash, in which an SUV struck a pole, on Route 430 around 3 p.m. The driver was taken by ambulance to Midway State Park and transferred to the helicopter. The Chautauqua County Sheriff’s Office and county EMS also responded Friday. The cause of the crash was not available by press time.