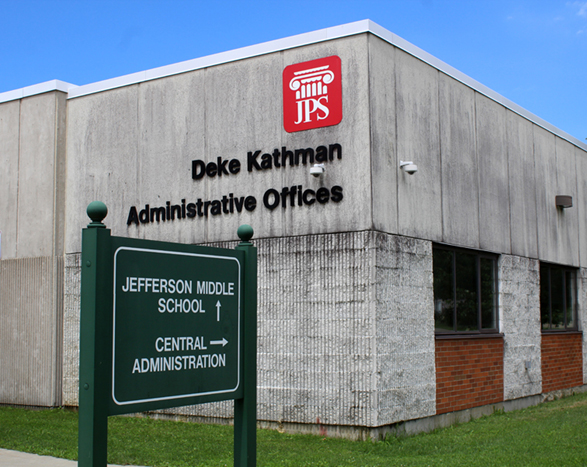 Paul Abbott has served on the Jamestown Public Schools Board of Education for the last 13 years.

For the last five years, he has served as that body’s president.

And while the field of and parameters around education have changed greatly in that time, he and his fellow board members know that the 2020-21 school year will be unlike one they’ve seen before as school districts across the country figure out ways in which to safely continue education amid the COVID-19 pandemic.

“I do know that our administration is working very hard on this,” Abbott said during a recent interview, calling students’ “health and safety” the district’s No. 1 priority. “We are waiting for more guidelines from the state. The state Education Department and the state Health Department really are going to dictate a lot of what is going to happen. I know that we are developing and preparing for many different plans based on the parameters we are allowed to operate in.”

The initial guidelines and suggestions that were released recently by the state include various measures to ensure the health and safety of students: temperature checks, the use of masks and schedule flexibility, among others.

Abbott understands, however, that the runup to September — like the last several months — will be “fluid.”

“It really has to be a fluid situation,” he said. “We would like guidance, we would like to know what we are doing, but these things change week-to-week as far as numbers go. Any plan that they come up with is going to have to be fluid anyway.”

He is also confident that the district, led by new superintendent Dr. Kevin Whitaker, will come up with a safe way to follow those guidelines.

Whitaker, whose tenure began July 1, has already begun the process of mapping out a plan with a reopening committee that will fit within those guidelines that must be submitted to the state by July 31. Districts will be notified between Aug. 1-7 if those plans are approved. The Western New York Region, as defined by the state, also must have a COVID-19 infection rate of less than 5% using a 14-day average.

“I’m confident our administration is preparing for a number of different scenarios,” said Abbott, who noted that he still thinks scenarios will continue to change throughout the school year.

“I don’t think any one scenario is going to happen through to the end of the school year — what happens on Sept. 1, in my opinion, won’t be what happens on June 30,” he said. “Things could get better, things could get worse. We just have to imagine the possibilities, get in front of them and be ready for them.”

At the same time, the board has also grappled with recent calls by local activists to change the name and imagery of the high school’s longtime mascot, the “Red Raider.”

On July 13, Whitaker announced the reactivation of a committee formed three years ago to review the mascot. A Native American character portrayal had been removed several years earlier and was reflected in the high school’s football helmets beginning in the fall of 2017. As of now, the district utilizes a capital ‘J’ with feathers.

“We’ve met with different people and Dr. Whitaker has reached out to the Seneca Nation (of Indians) to make sure that their voice is in the mix,” Abbott said. “I think that we don’t get enough credit for having already starting this process … (Former superintendent) Tim Mains brought this back into light and we have made changes and got this process started.”

He added, “We’ve met, we’ve talked. Everybody from my perspective has been embracing the idea that we should continue the change.”

The mascot committee is headed by athletic director Ben Drake and includes athletic coaches, teachers, community members and students. Though the original reincarnation of that committee discussed a new mascot, Drake said at a July 14 board meeting that no consensus was made on one.

“We felt at the time that we should move on without a mascot, that we could brand the ‘J’ with the feathers and we didn’t need at the time to come up with a new mascot,” he said. “We tabled that to come back to it at a later time.”

“I’m expecting progress in this area,” he added. “I haven’t heard anyone who isn’t respectful of the need for some changes, but people need to understand that this is a discussion. It’s a gray area. We want to be respectful.”

He noted that despite petitions going around in favor or against the change, that the district will not “turn this into a popular vote” and that the reopening of schools is the primary issue on the district’s radar in the short term.

“We are listening, we are talking and right now I just want the administration to focus on how we are going to proceed with COVID-19 … How or will we open our doors in September.”