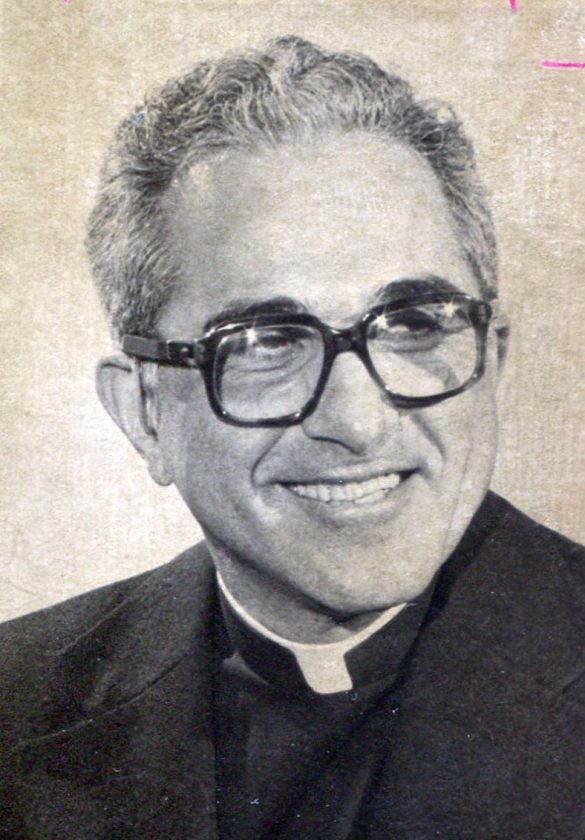 A former pastor at a Jamestown church, who for years advocated against pornography and the need to uphold obscenity guidelines in literature, was named in two Child Victims Act lawsuits filed Wednesday in state Supreme Court in Chautauqua County.

The lawsuits both claim the Rev. Ralph P. Federico, who died in 2007, abused male victims while serving at St. John’s Roman Catholic Church in Jamestown. A similar accusation has been made against Federico while he served as pastor of Our Lady of Pompeii in Depew.

The victims are being represented by Jeff Anderson & Associates in New York City and attorney Stephen Boyd in Williamsville.

“Plaintiff was a student and participated in youth activities and/or church activities at St. John’s Parish,” the suit claims. “Plaintiff, therefore, developed great admiration, trust, reverence, and respect for the Roman Catholic Church, including Defendants and their agents, including Fr. Federico.”

“AB 193 Doe,” in the second lawsuit filed Wednesday, claims Federico allegedly engaged in “unpermitted sexual contact” around 1974 when the male victim was about 10 years old.

Federico was also named in a lawsuit filed in August 2019, when the Child Victims Act first went into effect allowing past victims of sexual abuse to file claims. Stacey Benson, an attorney for Jeff Anderson & Associates, said Federico was known to have a trailer in Mayville where some of the reported abuse took place. The attorney believes there are “several others out there” who likely suffered abuse by the pastor.

“For many survivors, it’s very important for them to file their cases,” Benson said, later adding, “doing so reflects their desire to help other surviviors who may have felt alone to come forward.”

Benson noted that Federico is not included in the list of priests named by the Buffalo Diocese that have been acused of abuse.

Federico was a frequent contributor to local newspapers while he served in Western New York parishes. He wrote at least five pieces for The Post-Journal from 1975 to 1985 that discussed a range of topics including views against abortion. The pastor was also a frequent critic of pornography, and in the mid-1970s was the chairman of the Tri-county Chapter of Citizens for Decency Through Law Inc.

In a 1976 article in The Post-Journal, Federico expressed frustration in not being able to make contact with then-Chautauqua County District Attorney Paul King to “discuss a problem of pornography in the area.”

At issue was an obscenity case dismissed by a Jamestown City Court judge. Federico had swore out a complaint the previous spring charging the owner of a city newsstand with seven counts of second-degree obscenity. The complaint was based on newspapers and books that Federico bought at the newsstand and claimed contained indecent material.

A motion to dismiss the charges was later approved based on a state Court of Appeals ruling. Federico responded, calling the decision “legal baloney.”

A year earlier, in October 1975, Federico, told a gathering of law enforcement officials that obscenity guidelines should be enforced. It was part of an ongoing push by the then-pastor to “limit the display and sale of obscene materials in stores,” a newspaper article stated when describing the gathering.