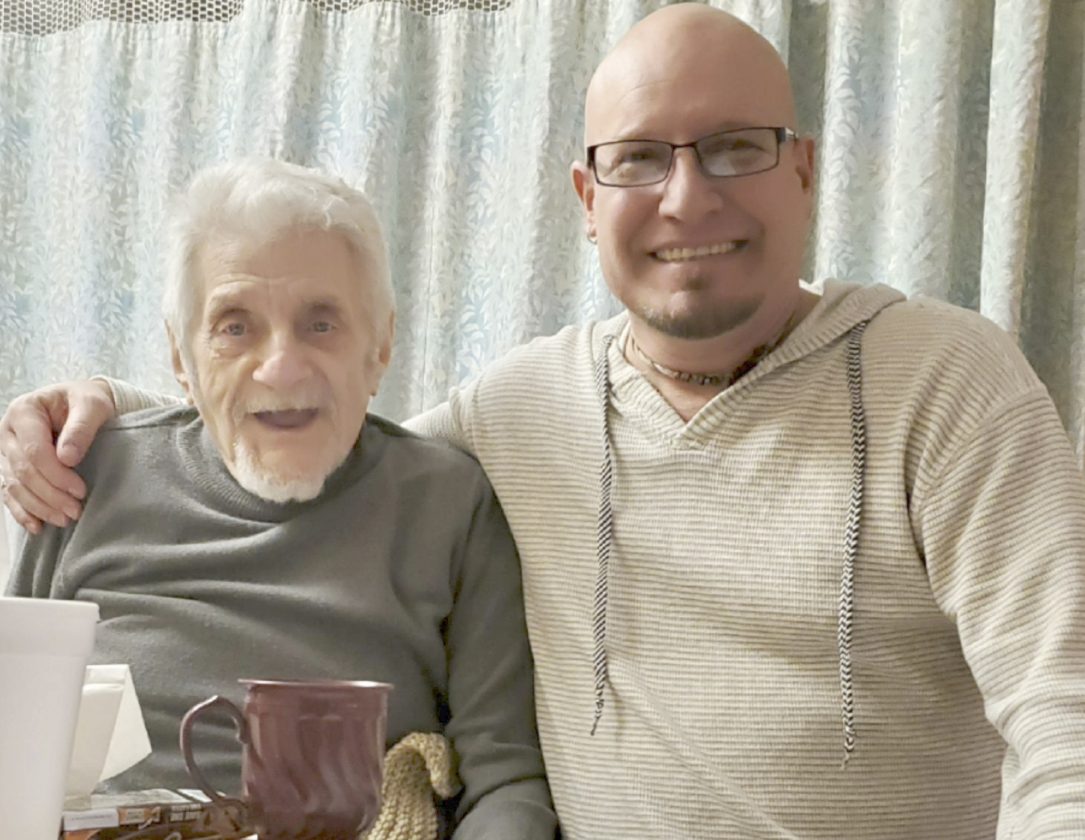 In the 1960s, Joy worked with Bill Matteson’s grandmother, Jeanne Bargy co-composer and musical director of the Prince Street Players. Joy and Matteson have since become close friends.

CHERRY CREEK — From a small farm on Water Street in Fredonia to the stages of Broadway, Cherry Creek resident John Joy has led a remarkable life.

A veteran, a model and an actor, Joy’s dynamic career has had an indelible impact on those who have been fortunate enough to work with him. Most recently, Joy has been hearing from those who had the opportunity to learn from him — his drama students — who have been sending letters with career updates, fond memories and birthday wishes to Joy, who turned 89 on Sunday.

Nathan R. Matthews, director of Music Theatre at University at Buffalo, earned his bachelor’s degree at the University of North Carolina at Greensboro, where he studied under Joy. Recently, he created a Facebook post that alerted his former classmates to Joy’s upcoming birthday, and since then, the letters have been pouring in. “I’ve been getting letters from former students telling me how much I changed their lives and how much I meant to them when I was their teacher,” Joy said. “It’s been a very wonderful time for me to hear from my students!”

The story of Joy’s own unlikely path to fame could rival any Broadway plot, for like the beloved characters Annie, Eliza Doolittle and Oliver Twist, Joy knows what it’s like to emerge from obscurity, overcome numerous challenges and make it, despite all odds. And if there’s anything audiences — and students — love, it’s someone who inspires them to become the hero of their own story.

As a child, Joy attended school on Temple Street, then known as the Fredonia Normal School. When he was eight years old, he and friend Angelo Bomasuto of Dunkirk delivered the Dunkirk newspaper after school, which was his first job outside of picking berries on the family farm.

After graduating from high school, Joy attended Dartmouth College and graduated in 1953. He then enlisted in the U.S. Marine Corps and served in the Korean War. After the armistice was signed, he served in Japan as the division intelligence officer for a year. He used his accrued leave to travel home “the long way,” through the Philippines, India, Thailand, Saudi Arabia, Greece, Italy, Germany, France, England, Iceland and finally New York City.

Once in New York, Joy decided to enroll in the American Theater Wing’s training school for performers in 1956 under the G.I. Bill — the first step in his journey to Broadway. He joined the Prince Street Players, a well-known theater company in the 1960s that performed many classic fairy tales. Joy became friends with the Players’ co-composer and musical director Jeanne Bargy, a performer, composer and accompanist with her own television show on CBS, “Blues by Bargy.” Over 50 years later, her grandson Bill Matteson of The Family Martial Arts Center in Fredonia encountered Joy during a temporary stay at the Chautauqua Nursing and Rehabilitation Center, where Matteson visited a resident: the sister of Joy’s childhood friend Angelo Bomasuto.

Joy loved his time performing with the Prince Street Players, especially in the role of Pinocchio, which also aired on television in 1965. Eventually, he fulfilled a childhood dream of meeting Broadway director George Abbott, who was born in Forestville. Abbott directed Joy in his first and second Broadway shows, “How Now, Dow Jones” and “Fig Leaves are Falling.”

As Joy was building his Broadway career, he also dabbled in modeling and was the very first Brut Cologne model. Joy recalled, “I had a friend who worked for Estee Lauder, and they were coming out with a new cologne called Brut. They asked me to pose with a bottle of the cologne. In addition to all the advertising, I had to stand at the corner of the counter and pitch the fragrance.”

The modeling experience was actually a testament to Joy’s acting skills. “I couldn’t stand the fragrance at all!” he laughed

Unfortunately, Joy’s acting career was abruptly ended by a motorcycle accident on his way home to Fredonia for his 38th birthday. Extensive injuries prevented Joy from walking for two years. Unsure if he would ever perform again, Joy returned to college and earned his doctorate in drama from Carnegie Mellon University in 1975. Ironically, just six years earlier, Joy performed on stage in one of Andrew Carnegie’s first philanthropic constructs: Carnegie Hall.

Joy’s began teaching at Texas A&M, but he spent the majority of his teaching career at the University of North Carolina at Greensboro. His students have gone on to very successful careers in teaching, like Matthews, and performing, like Tony award-winning actress Beth Leavel, who has starred in more than a dozen Broadway productions.

After his retirement in 1993, Joy returned home to Chautauqua County. He taught at Cassadaga Job Corps for several years and now enjoys a quiet life at his home in Cherry Creek. Last spring, he reunited with friend Bomasuto after 80 years and has also become close friends with Matteson. On Sunday, Matteson is surprising Joy with his closest friends for his 89th birthday. Matteson considers Joy a mentor and has since decided to become a volunteer for Hospice — proof enough that Joy continues to teach and inspire everyone he meets.

Those who have reached out to him recently have remarked on Joy’s influence on their careers. Dan Doby, Joy’s student at UNC-G in the 1970s, wrote, “You probably don’t know how many lives you have changed, and many of us would have been so much the poorer had you not come into our lives. You changed me; you sent me out into the world charged with a true love of my craft.”

Alyson Reim, another UNC-G student, said Joy was her one of her favorite teachers and recalled that he gave her the money to go to an audition in New York City. “I paid you back in installments, but the fact you believed in me meant so much,” she wrote. Reim founded and ran her own theater for 20 years in New York City. She commented on the impact of the pandemic and the challenges it creates for performers.

Speaking of former students who are now in the performing business, Joy said, “It’s very sad. They’re not able to do anything, and all their lives are on hold. All we can do is hope that they get a vaccine soon so we can all get back to some former life.”

While many of his former students became performers, other were inspired to teach. Nancy Fulton Maimone Roseen wrote to Joy and said that she was an elementary drama teacher for many years, in addition to singing and pursuing an engineering career. “My drama and music training at UNC-G brought me so much joy,” she wrote. “And that’s what you gave me, Doc – JOY! Your name suits you!”