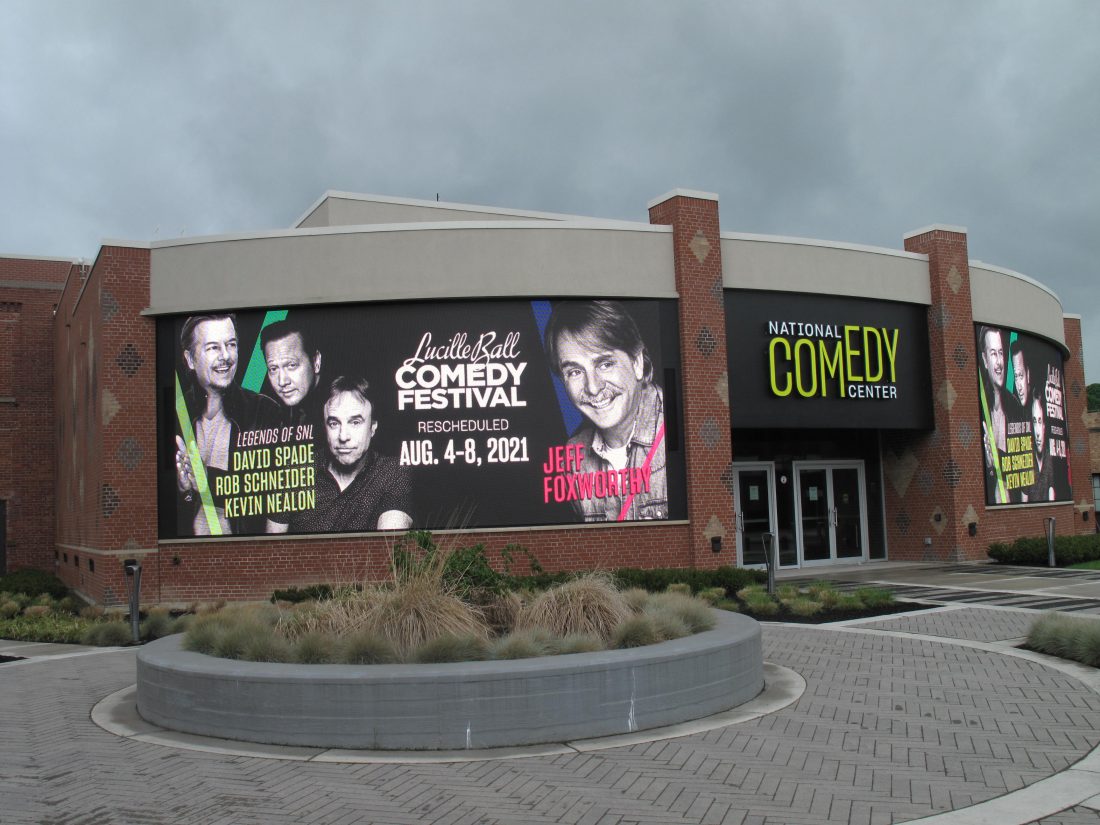 The new dates and year on the jumbo screens on the National Comedy Center for the rescheduled headlining events for the 30th Lucille Ball Comedy Festival. P-J photo by Dennis Phillips

There is no laughter in Jamestown following the announcement Thursday that the Lucille Ball Comedy Festival has been postponed because of the COVID-19 pandemic.

The 30th anniversary of the festival was originally scheduled for Aug. 5-9. After the postponement, however, the event will now be held Aug. 4-8, 2021.

Journey Gunderson, National Comedy Center executive director, said festival officials waited until Thursday to make the announcement of the postponement because of the ongoing changes that have been occurring regularly both nationally and internationally because of the pandemic.

“We wanted to keep monitoring the situation. Especially early on because there were changes day-by-day and week-by-week. August was still several months away,” she said.

Gunderson said another reason the announcement wasn’t made earlier was because officials wanted to confirm that the original headliners, Jeff Foxworthy and the Legends of SNL: David Spade, Kevin Nealon and Rob Schneider, were going to be available to perform next summer.

“Also, we wanted to do our best to preserve the economic impact of the event by announcing the status change with rescheduled dates and the artist intact. This would be the best thing for our ticket buyers, sponsors and all of the regional businesses impacted by the schedule change,” she said. “Being able to announce a confirmed lineup more than one year away is actually something a lot of major festivals have not been able to do. It’s not typical to confirm artist more than a year out. This is something we worked pretty hard to do.”

“Given how the festival has grown and also how it impacts admission revenues at the National Comedy Center, it’s an enormous financial hit for all involved,” she said. “Our primary priority is the health and safety of our patrons, our community, our staff and our volunteers.”

Along with the headliners, all other events originally planned for this year have also been rescheduled for the corresponding day and time in 2021. A schedule of events is available at ComedyCenter.org/Festival. More festival events will be added in the coming months.

Current ticket holders will have their tickets transferred automatically to the same shows and events for the 2021 festival, unless they choose a different option.

Ticket holders will have several options to consider: transfer tickets to the same shows and events for the 2021 festival, with new tickets automatically being issued to ticket holders within the next several weeks; donate the value of their tickets to the nonprofit National Comedy Center as a tax-deductible contribution; exchange the value of their tickets for a National Comedy Center gift card to be used for admission, membership, future event tickets or merchandise; or receive a full refund for their ticket purchase by selecting this option by July 15.

Ticket holders can select their preferred option via the Comedy Center’s Ticketing form at ComedyCenter.org/TicketForm.

Those wishing to purchase new tickets for 2021 festival events, including Jeff Foxworthy and Legends of SNL, without holding existing tickets for 2020, can do so by visiting ComedyCenter.org/Festival beginning Monday, June 15.

As a further precaution during the COVID-19 pandemic, the National Comedy Center will be canceling its “Comedy Under the Stars” free outdoor movie night series for 2020, which was to feature 10 film comedies presented for the local community and museum visitors on the center’s jumbo video screens on select Fridays throughout the summer and early fall. The Comedy Center plans to reschedule the series for 2021.

Gunderson said National Comedy Center officials plan to reopen the attraction later this summer once they have been given the green light from state officials, which is expected to be during Phase Four of the state’s New York Forward plan. She said center officials have been working on how to make the 50 interactive exhibits usable for guests following the pandemic.

“The day we closed to visitors in March, we began working on revamping the visitor experience at the National Comedy Center to be one that is worry-free and safe when the state gives us the green light to reopen,” she said. “I’m very pleased with our revamped visitor experience. We will share more details as (the reopening) nears.”

In April, center officials announced the new online content platform called “National Comedy Center Anywhere,” which features exclusive content directly from its interactive comedy exhibits, as an extension of the museum during its temporary closure. 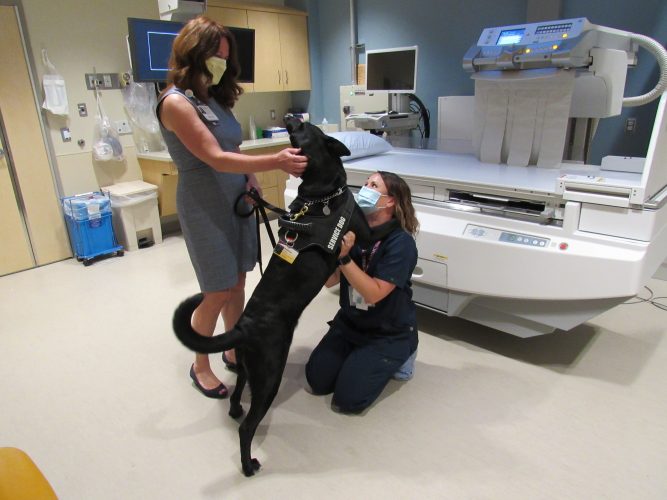