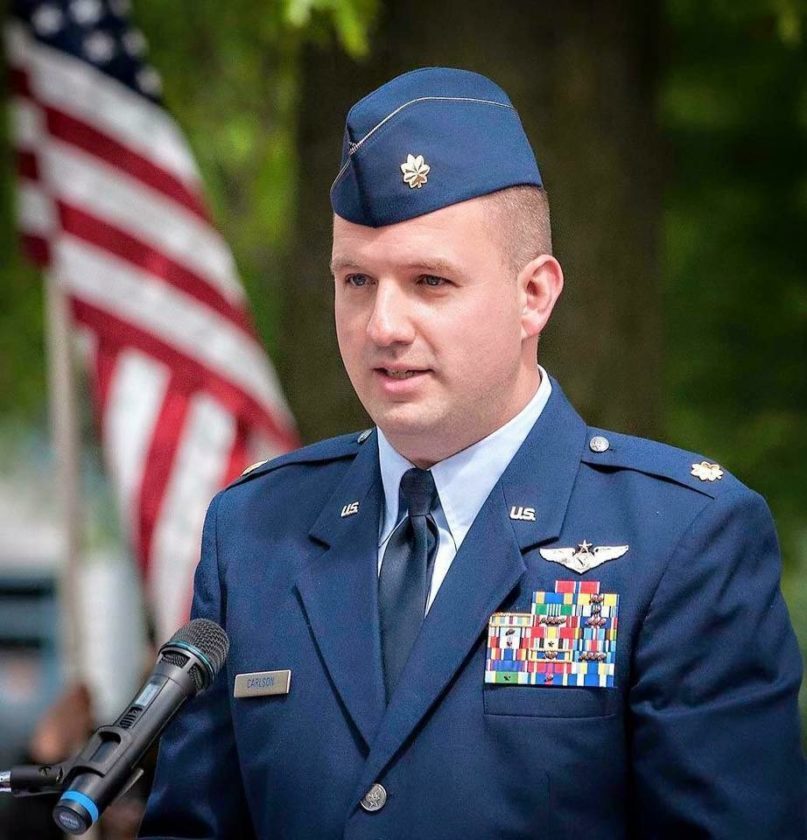 Greg Carlson, a retired major of the U.S. Air Force, will give a speech during a Memorial Day drive-in service Monday. P-J file photo

Thanks to the efforts of the Blue Star Mothers Lake Erie, local residents will have the opportunity to safely attend a Memorial Day service and pay their respects to the nation’s veterans.

On Monday at 1 p.m., area leaders and organizers from Blue Star Mothers will host a drive-in service at 1 p.m. at the corner of Mall Boulevard and Fairmount Avenue. The event takes inspiration from drive-in prayer hours also hosted near the Chautauqua Mall, and will be broadcast on 1240 AM and 101.3 FM in cooperation with Media One Radio Group and WJTN.

“We just didn’t want to see Memorial Day go by without a tribute to the men and women who have made the ultimate sacrifice, also with their families,” said Susan Rowley, Blue Star Mothers Lake Erie Chapter president. “We’re just going to remember all of those that gave their lives for our country. That is what Memorial Day is about. I’ve been in touch with a few Gold Star Families. This day is extremely difficult for them anyway, to think of it going by without being recognized, it just can’t happen.”

Kathy Collver, chapter vice president has taken the reigns in organizing the event, which will include live music and a speech by Greg Carlson, a retired major of the U.S. Air Force, who serves as the Chautauqua County Veterans Service officer.

“We are asking people to bring their own flags, they can waive their flags from their car windows and show their patriotism,” Rowley said. Unprecedented social changes during the coronavirus shutdown have forced the cancellation of many traditional Memorial Day parades and cemetery services, but those dedicated to the cause have adapted nonetheless.

“With all of the parades cancelled, all of the cemeteries cancelled, Blue Star Mothers got together,” Lakewood Mayor Randy Holcomb said. “It is just such a wonderful outreach they are doing because people are just missing all of this stuff. They want to have a Memorial Day service. It just is something we always do.”