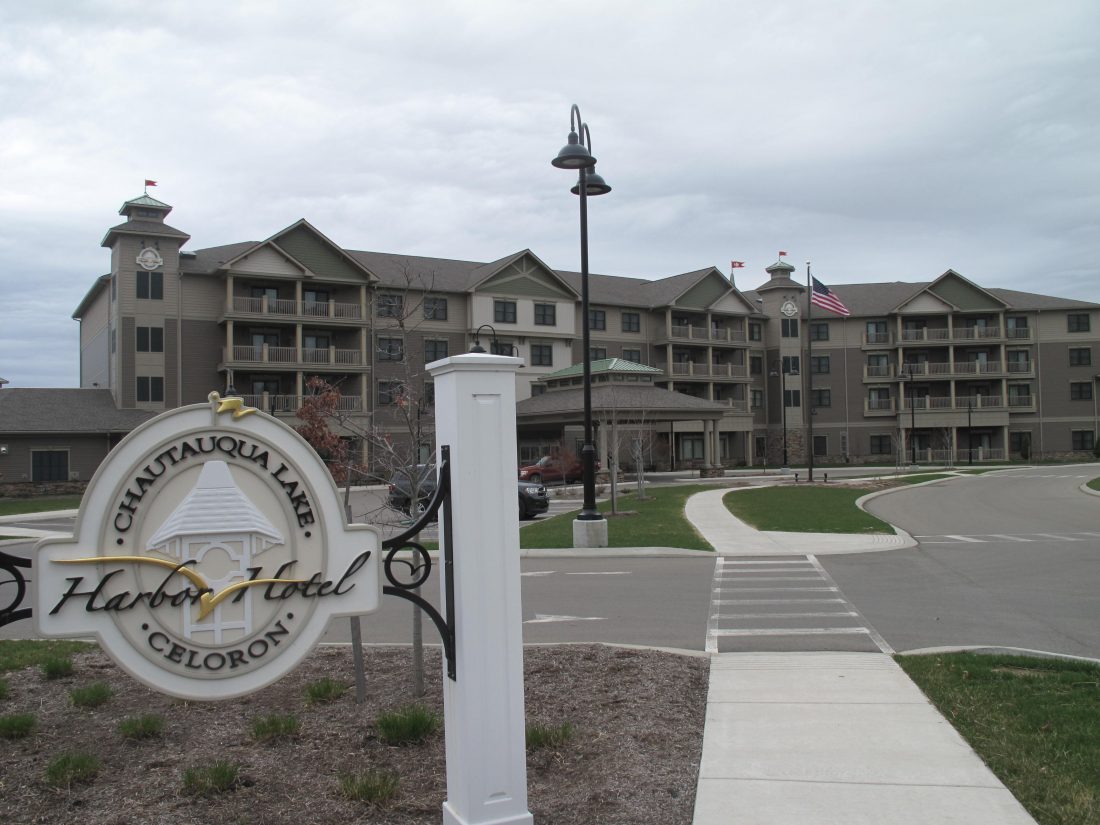 The Chautauqua Harbor Hotel in Celoron remains open during the novel coronavirus, COVID-19, outbreak. The hotel’s restaurant is closed for sit-down service, but room service and takeout is still available from the restaurant for guest and community residents. P-J photo by Dennis Phillips

One of the lodging facilities still open is the Chautauqua Harbor Hotel in Celoron. David Hart, Hart Hotels president, said the facility stayed open to continue having a presence in the community.

“There is a future after this,” he said. “Staying open also keeps people employed.”

Hart said for the “meager” amount of business that has come the hotels way since the virus outbreak, he said the staff at the hotel is still able to accommodate folks. He said there are restrictions on food and beverage with the restaurant’s Lakehouse Tap & Grille not allowed to serve dine-in guest because of the mandate of no public gatherings and social distancing to stop the spread of the coronavirus. However, he said room service and takeout is still available from the restaurant for guest and community residents.

“It’s better to be opened than to be closed,” he said. “That is the route we’ve been taking the last two weeks of March and we’re prepared to act the same way through the greater part of April.” 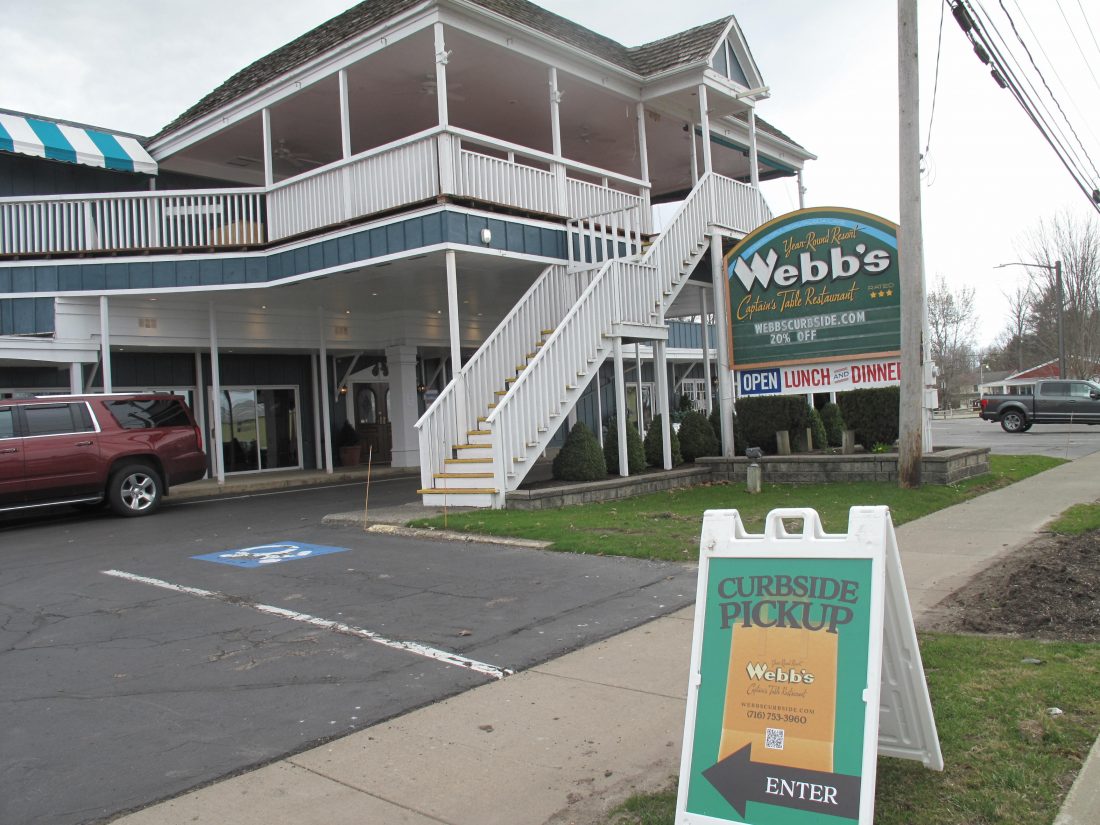 Webb’s Captain’s Table in Mayville is still open for curbside takeout during the coronavirus outbreak. Webb’s hotel and candy shop are also still open during the pandemic. P-J photo by Dennis Phillips

Hart said each night there is literally only a “handful” of rooms being rented. He said special rates are being offered to guests staying at the hotel during the pandemic.

“We’re trying to accommodate whatever demand comes our way. We are offering rates representative of the times we are in,” he said. “There is no marketing efforts to try and bring people into the hotel. It’s all out of need.”

Hart said several employees of the hotel are on furlough during the outbreak, which allows management to continue offering health care to their workers.

He said despite having fewer employees, the hotel’s staff is still maintaining a busy cleaning schedule to follow all CDC guidelines.

“We need to ensure we are offering as safe of an environment as possible,” he said.

Darel Webb, Webb Year Round Resort owner, said the hotel and candy shop are still open and Webb’s Captain’s Table is taking orders for curbside takeout. However, there hasn’t been much business since the outbreak started.

“It has been open, but there is hardly anyone in here,” he said. “The hotel is open, but we’ve had no one. Business has stopped. Calls for the summer have stopped. There are no summer reservations. People are waiting to see what happens.”

Webb said he hasn’t done any marketing of the hotel since the pandemic started.

“People aren’t going out anywhere,” he said. “We’ve had a couple construction people in here. No one wants to come here because things like the pool has been shutdown. So there is no point in going out.”

Beth Brown, Hampton Inn & Suites of Jamestown general manager, said normally the hotel located near Interstate 86 has 25 employees, but they are now down to just five workers. She said they are also following new room cleaning protocols.

“We are leaving are departed rooms down 48 hours prior to entry,” she said. “Keeping in mind our normal cleaning procedures as well as special attention to light switches, door handles, etc. Housekeepers have been instructed with utmost importance gloves to be changed from original entry to rooms and then second pair of gloves to be used when handling clean linen and final cleanse of rooms. This is normal practice in any circumstance, but is being reiterated at this time.” 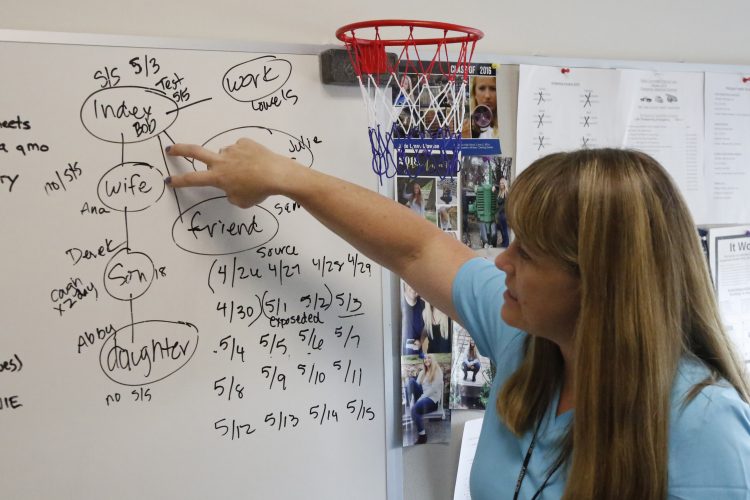 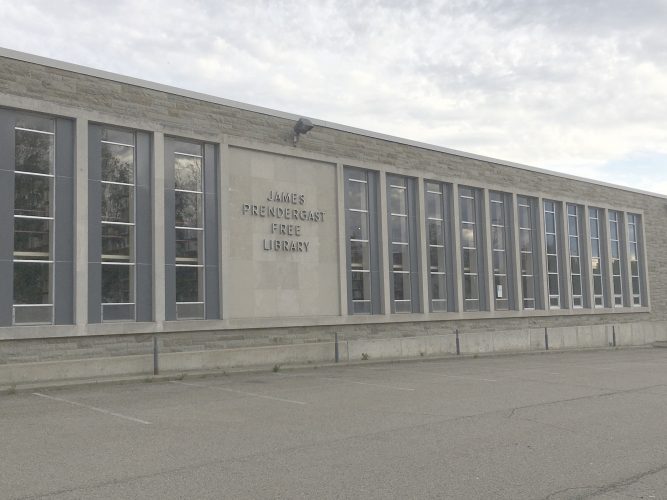 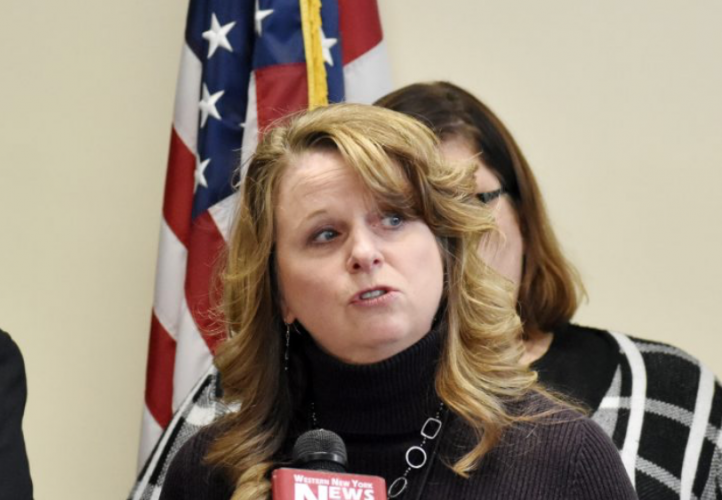 We still must remember