Jamestown Police and Fire Department personnel are pictured Thursday morning outside The Chautauqua Center showing their appreciation to the health care workers in the community. The police and fire departments also visited UPMC Chautauqua. P-J photo by Dennis Phillips

The Chautauqua Harbor Hotel in Celoron remains open during the novel coronavirus, COVID-19, outbreak. The hotel’s restaurant is closed for sit-down service, but room service and takeout is still available from the restaurant for guest and community residents. P-J photo by Dennis Phillips

Webb’s Captain’s Table in Mayville is still open for curbside takeout during the coronavirus outbreak. Webb’s hotel and candy shop are also still open during the pandemic. P-J photo by Dennis Phillips 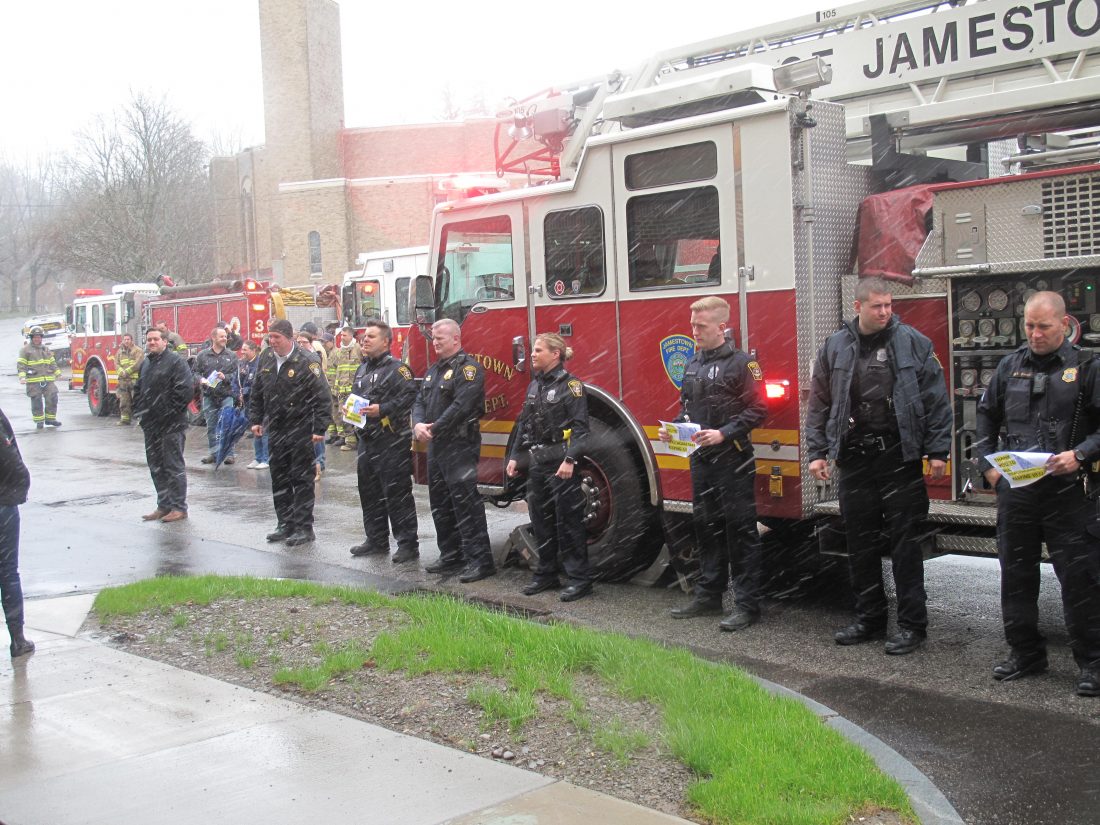 Jamestown Police and Fire Department personnel are pictured Thursday morning outside The Chautauqua Center showing their appreciation to the health care workers in the community. The police and fire departments also visited UPMC Chautauqua. P-J photo by Dennis Phillips

Being shown appreciation for what you do for a living is always nice.

Having two firefighter engine companies, a ladder company and several police officers at your place of work, running their sirens and flashing their lights, to show appreciation for what you do is above and beyond.

“The hospital’s staff is always very good to take care of us on a day-to-day basis. We wanted to show our appreciation to them,” said Matthew Coon, Jamestown Fire Department acting deputy chief. “They are on the front lines and we wanted to show our appreciation. It was a tribute to their continuing efforts. They are always looking out for us and we wanted them to know we are looking out for them.” 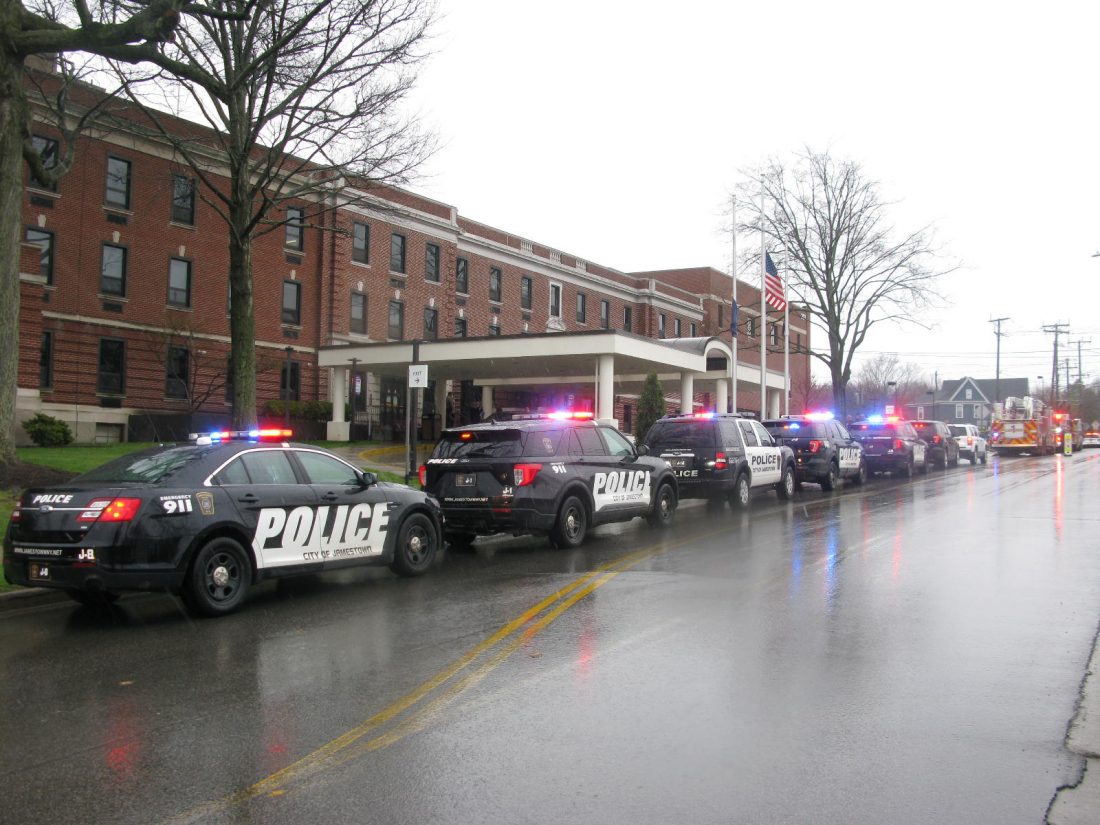 Brian Durniok, UPMC Chautauqua president, said it was a wonderful gesture on the part of the first responders, who were joined by city of Jamestown employees and elected officials like Mayor Eddie Sundquist.

“To arrange this sends a powerful message to our staff — to appreciate their hard work during this time,” Durniok said. “Obviously, this is a time in our world that is unlike anything we’ve experienced in our lifetimes from the standpoint of a health issue. Our first responders, EMTs, physicians and hospital staff continue to do their jobs with excellence and commitment on a daily basis. That makes us all very proud to live in a community where so many dedicated professionals are looking out for us.”

“We wanted to tell them we are there with them and support them,” Sundquist said. “We’re so glad they are risking their lives to keep us all safe. Many times our health care workers get overlooked, but they are the ones right now who are on the front lines assisting our residents and community members day in and day out.”

Sundquist said it’s important that the health care workers know first responders are here for them during the pandemic.

“We are proud to take some time out of the day to support our health care workers and the work they are doing during this difficult time,” he said.

Harry Snellings, Jamestown police chief and city public safety director, said the officers appreciate the opportunity to acknowledge the health care workers in the city and the work they are doing for the community. He said about eight officers were available to be a part of the salute.

“We work with a lot of the members of the UPMC (Chautauqua) staff, particularly the ER. We wanted to thank them for what they are doing for the community,” Snellings said. “It was just a couple minutes out of our day to show our appreciation.”

Sarah Gilbert, The Chautauqua Center marketing specialist, said staff wanted to do something special to acknowledge their health care workers and wanted to include other health care organizations in the city too, like UPMC Chautauqua.

“So we called the fire department and they immediately said yes,” Gilbert said about organizing the Hero to Hero Salute. “We kind of feel a sense of partnership now with the first responders. Coming into work and leaving our families at home, and stepping up for the community. We love that we were able to do this together.”

Gilbert said, especially with the chilly April morning weather conditions, the staff at The Chautauqua Center really appreciated the city’s police and fire departments taking time out of their day to visit them.

“For the most part, everyone had mask on, but I could still see people tearing up and wiping away the tears,” she said. “It was a surprise for (The Chautauqua Center health care workers). It was a nice change of pace to start the day.”