Cody, a Sheltie on the run for more than a month, was returned to his family Sunday morning and received a long-welcomed bath. Submitted photo

Cody ventured from Clymer, to Panama, to Ashville, to Lakewood and Celoron before making his way back to his home. 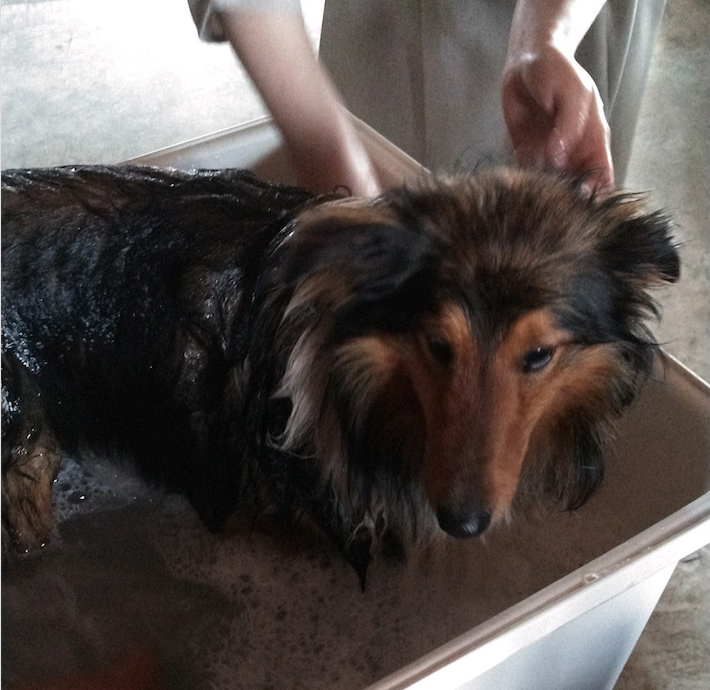 Cody, a Sheltie on the run for more than a month, was returned to his family Sunday morning and received a long-welcomed bath. Submitted photo

Cody, an adult Sheltie who ran away from his Clymer home and began a month-long journey across southern Chautauqua County gaining internet fame, was returned to his family Sunday morning.

Beth Moss, dog control officer for the town of Busti and village of Lakewood, said Cody was located in a trap set Saturday along an abandoned railroad track in Clymer. The dog ran away from his Amish family Feb. 20, a half hour after he was adopted from a home in Punxsutawney, Pa.

Cody’s ventures over the last six weeks, to the best of Moss’ estimation, include Sherman, Ashville, Stow, Lakewood and Celoron before circling back toward the Clymer area.

“He’s an athlete, a true athlete,” Moss said of Cody.

The Sheltie was tracked by several residents on social media, and a Facebook page, “Cody’s Running,” grew to 400 friends in a couple of weeks. A March 24 story in The Post-Journal describing Cody’s journey further cemented the dog’s celebrity as many commented on possible sightings in several towns. 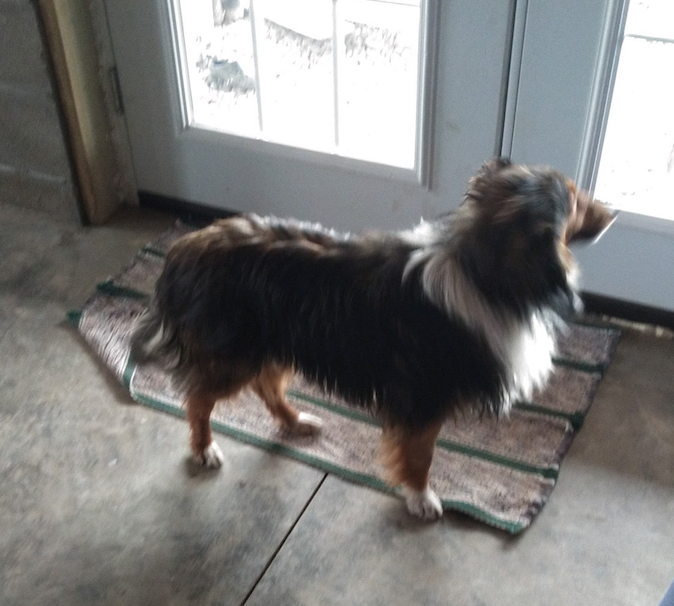 Cody ventured from Clymer, to Panama, to Ashville, to Lakewood and Celoron before making his way back to his home.

In one instance, Cody was spotted March 4 wandering on a frozen Chautauqua Lake. Celoron volunteer firefighters attempted to reach the dog, but he managed to get off the lake as they approached.

Moss said Cody may have been trying to find his Punxsutawney home over the last few weeks; she noted that he is a very skittish dog, and attempts by some in the public to corral him may have pushed him further away.

After receiving word last week that Cody was spotted near Ashville and later Panama, Moss began setting traps close toward his Clymer home. Eventually, a trap with meat was set Saturday.

Moss said she received a call Sunday morning from a man who said he saw a dog in the trap. The man recognized the Sheltie and knew it was the same animal being tracked by hundreds of supporters.

“I was so excited,” Moss said of receiving the call. “I knew in my heart it was him.”

Cody, who was picked up by Moss and the dog’s owner, is a little thinner but overall appears to be in good shape. He received a quick bath and has an appointment with a vet Monday.

“He seemed so happy,” Moss said of Cody. “He was a little shaky, but the (dog’s owner) and his two daughters came and he stopped. He actually started whining when (his owner) started to move away.”

“A ton of great came out of this,” she continued. “To see the hundreds of people express concern about this animal was so heartwarming. … I cannot express enough love and gratitude for everyone and for every phone call and every thought and prayer.”